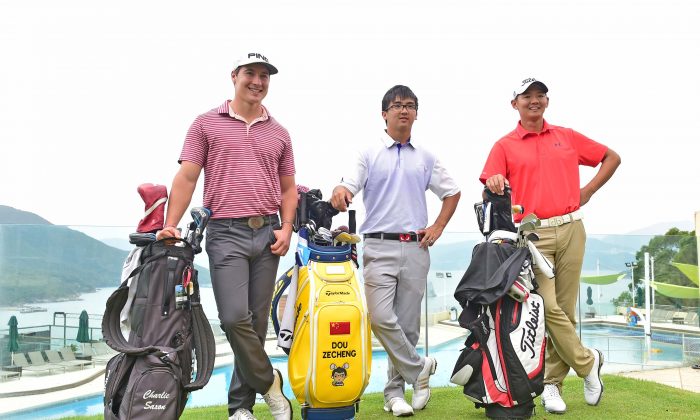 Players include sponsors’ exemptions, James Stewart and Leon D’Souza of Hong Kong, and Chinese legend Zhang Lianwei. The field boasts 10 past champions of the PGA China Series, and 18 players in the top 50 Order of Merit listing.

Players highlighted for the event include current leaders of the PGA China Tour Order of Merit: Marty Dou Zecheng of China (1), Charlie Saxon of USA (2), Josh Geary of New Zealand (3), Alexander Kang of USA (4), Kim Taewoo of Korea (6) and Zhang Xinjun of China (10).

Hong Kong golfer Jason Hak qualified by finishing 4th in Ping An Bank Open in Beijing in September. Hak says he has had eye problems since the Beijing tournament and has not been able to prepare as well as he would like for this event, but will try his best.

Dou, 19-year-old, is the runaway leader in the Order of Merit after winning the season’s opening two events in Zhengzhou and Wuhan in May, the 5th leg in Nanjing in June and the 7th stop in Kunming in September.

He is the first player to win over RMB1 million in a single season on the circuit and break into the world’s top 200 for the first time.

Dou spoke of his desire to win the Clearwater Bay Open, which offers a total purse of RMB1.2 million (about US$180,000).

“I haven’t played Clearwater Bay before… It looks so beautiful and it’s right beside the sea, so I’m sure to enjoy playing the course anyway It’s not that often that I get to play at a golf course this nice” Dou said at an earlier interview.

American Saxon moved to No 2 in the order of merit by winning the Ping An Open in Beijing, on Sept 18 – the biggest win of his career. He headed Zhang Xinjun, Rak Hyun Cho, Hak and Dou at the Ping An event. Saxon was also solo 2nd behind Dou in the Yunnan Open on Sept 4.