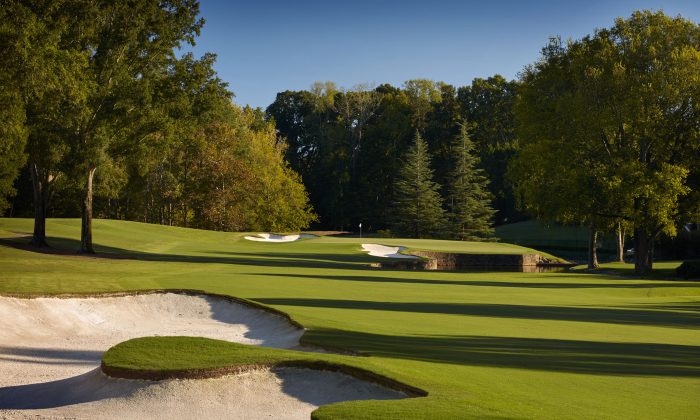 The final major golf championship starts Thursday, Aug. 10 at a site well known to most players—Quail Hollow. The 99th PGA Championship will, however, be contested on a layout changed from the last time the world’s best competed at the 2016 Wells Fargo event, an annual PGA stop.

The original George Cobb layout has been altered over the last 15 years by the work of acclaimed architect Tom Fazio. For the 2017 PGA Championship, several holes were modified adding additional challenges and strategies. Four specific holes bear watching as they will likely play a major role in determining which player hoists the famed Wannamaker Trophy.

This is the shortest par 5 on the course and most of the players will reach the green in two shots, making an eagle a real possibility. It is a tight driving hole and tee shots must navigate bunkers on the left, plus a creek that runs down the entire right side. The sloped green is tucked behind water and surrounded by bunkers, making this hole a harder endeavor than it first appears.

Hazards abound on this harsh, hilly par 4 where bunkers protrude into the landing area on both sides of the fairway. Players must aim at a long, narrow green while avoiding six bunkers and water all the way down the left side. There are multiple options—from driving the green to laying back with a long iron—but whatever the players choose, the range of scoring opportunities will certainly be present.

The green is nearly an island, forcing a carry of roughly 195 yards, but it can play much shorter if one of the forward teeing grounds is used. With a variety of hole locations, it can be very dangerous, where bogeys can outnumber the birdies. In 2013, the tees on this hole were relocated to the site of the old 16th green.

The last of a three-hole stretch dubbed “The Green Mile” is consistently rated one of the toughest finishing holes in golf. On the tee shot, players must avoid a bunker to the right, as well as a creek meandering along the entire left side of the narrow fairway. An uphill second shot must avoid hazards on both sides of the green, which is deep and sloped. If a player must birdie this hole to win the Championship, he will definitely have his hands full.