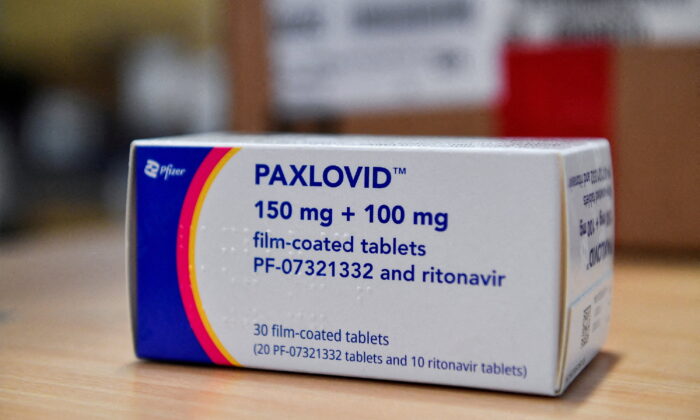 Pfizer announced Monday that it would spend $120 million to expand U.S. manufacturing of its oral COVID-19 antiviral pill at its Michigan facility.

Use of Pfizer’s Paxlovid pill in treatment of newly infected cases has risen even as the U.S. Centers for Disease Control and Prevention (CDC) warned the pill can lead to a rebound in symptoms.

“If you take Paxlovid, you might get symptoms again,” CDC Director Dr. Rochelle Walensky told CBS News on May 31. “We haven’t yet seen anybody who has returned with symptoms needing to go to the hospital. So, generally, a milder course.”

The possibility of quarantine even after taking the Paxlovid pill is giving people pause, according to an infectious disease specialist.

Dr. Sandra Kemmerly, an infectious disease specialist at Ochsner Health in New Orleans, said the possibility of more quarantine “is not a crowd-pleaser.”

“For those people who really aren’t at risk … I would recommend that they not take it,” she told Reuters.

Meanwhile, a study by Israeli researchers found that Pfizer’s COVID-19 pill helped reduce hospitalizations and deaths in the elderly, but it had “no significant benefit” for those under 65.

The U.S. government distributes Pfizer’s COVID-19 pill for free, with Biden administration officials pushing for its wider use.

Pfizer said the new investment will increase its capacity to convert raw materials into the active ingredients in its medicine. To date, Pfizer has manufactured around 17 million treatment courses and shipped 12 million courses of Paxlovid to 37 countries, including 5 million courses shipped to the United States.

Michigan officials have hailed the announcement as win for the state’s “economic momentum.”

“Pfizer’s Kalamazoo facility also made some of the first doses of the vaccine, and now this proud Michigan company will play an even more critical role in the fight against COVID-19,” said Gov. Gretchen Whitmer, a Democrat, adding that it was a job-making opportunity.

The company expects the investment to create more than 250 additional high-skilled jobs at its Michigan facility and increase production to output 1,200 metric tons annually.

Pfizer CEO and Chairman Albert Bourla touted the use of “billions of vaccines doses and now millions of treatment courses” manufactured by the company “to help battle the deadly COVID-19 pandemic.”