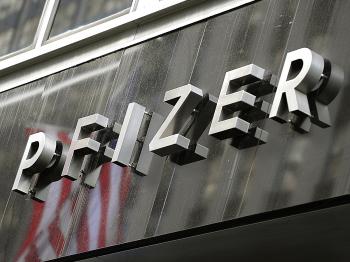 The deal valued King’s shares at $14.25 per share, a 40 percent premium over its closing price on Monday. The acquisition is Pfizer’s first since its $68 billion merger with rival Wyeth last year.

King is the producer of “abuse-resistant” painkiller Embeda, and it is seeking approval for two other similar drugs, Acurox and Remoxy, which are currently under review by the Food and Drug Administration. According to reports, Remoxy has similar benefits as OxyContin, but without the risk of patient abuse. In addition, King also makes drugs for animals.

Pfizer is looking for additional sources of income to offset the effects of losing its patent exclusivity to top-selling cholesterol drug Lipitor next year. Lipitor last year generated revenues of $11.4 billion, the most successful drug among Pfizer’s products.

“The combination of our respective portfolios in this area of unmet medical need is highly complementary and will allow us to offer a fuller spectrum of treatments for patients across the globe who are in need of pain relief and management," said Pfizer CEO Jeffrey Kindler in a statement. "In addition, the revenue generated by King's portfolio will further diversify Pfizer's business, while at the same time contributing to steady earnings growth and shareholder value."

“The deal appears financially accretive, and the deal size is not so substantially large that it questions capital deployment and dividend growth,” weighed Barclays Capital analyst Anthony Butler in a note to clients. “However, it remains unclear if new products in pain can be generated from the acquired portfolio.”

The companies did not say how many jobs may be lost as a result of the merger.