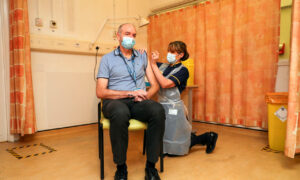 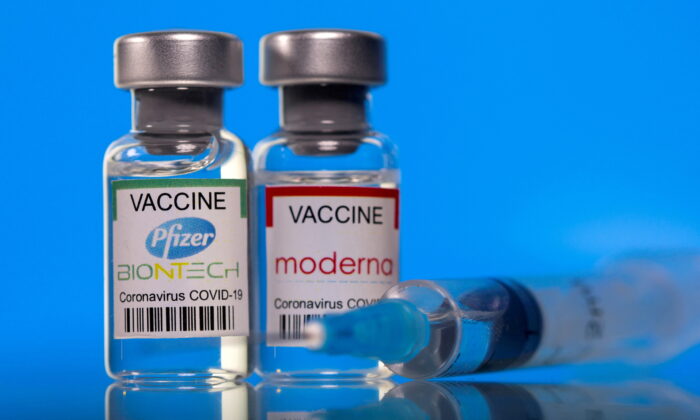 The Pfizer–BioNTech alliance and Moderna might reap billions from COVID-19 booster shots in the coming years, in what analysts and investors say could be a market comparable to the $6 billion in annual sales for flu vaccines.

Pfizer, its German partner BioNTech, and Moderna have together locked in more than $60 billion in sales of their respective COVID-19 vaccines through 2022, with the agreements covering initial doses and booster shots, according to Reuters.

Analysts cited by the news service predict revenues of over $6.6 billion for the Pfizer–BioNTech alliance and $7.6 billion for Moderna, chiefly from potential booster shots. Over a longer-term horizon, they predict the market will eventually settle at around $5 billion or more in annual revenues as rival drugmakers enter the space.

Moderna didn’t immediately respond to a request for comment on booster shot sales projections, while a Pfizer spokesperson said the only forecasts the company is providing are 2021 projections for $33.5 billion in COVID-19 vaccine revenues.

Moderna President Stephen Hoge said in a recent interview that it’s unclear what the market forces driving COVID-19 vaccine sales will be going forward, adding: “At some point, this will become a more traditional market—we’ll look at what are the populations at risk, what value are we creating, and what are the number of products that serve that value. That will ultimately impact price.”

Pfizer executives said during the company’s second-quarter earnings call that they believe a third dose will be necessary, six to eight months after initial vaccination and at regular intervals thereafter.

The vaccine makers have said evidence of waning antibody levels in fully vaccinated people after six months, along with an increasing rate of breakthrough infections in regions affected by the Delta variant, support the need for boosters.

U.S. regulators on Aug. 12 authorized Pfizer–BioNTech’s and Moderna’s COVID-19 vaccine booster shots for certain vulnerable and immunocompromised people. The Food and Drug Administration’s (FDA) approval came in the form of an update to the existing emergency use authorizations for the two mRNA vaccines. Several other countries, including Israel and France, have similar recommendations on booster shots.

The FDA’s move was followed by an Aug. 13 decision by a key medical advisory panel to the Centers for Disease Control and Prevention (CDC), which unanimously voted to recommend the boosters to immunocompromised Americans. CDC Director Dr. Rochelle Walensky signed off on the recommendation by the Advisory Committee on Immunization Practices, which will allow for the near-immediate rollout of the boosters.

White House COVID-19 adviser Anthony Fauci said in an Aug. 12 interview that he believes it is “likely” and “inevitable” that everybody will need a COVID-19 vaccine booster shot.

“It’s likely that that will happen at some time in the future,” Fauci told CBS News when questioned on the topic.

In a separate interview with NBC News on Aug. 12, Fauci said, “Inevitably, there will be a time when we’ll have to give boosts to the general population.”

It comes amid a reported surge of the Delta variant of the CCP (Chinese Communist Party) virus, the pathogen that causes COVID-19, which currently accounts for at least 80 percent of newly sequenced cases in the United States.

Isabel Van Brugen and Reuters contributed to this report.