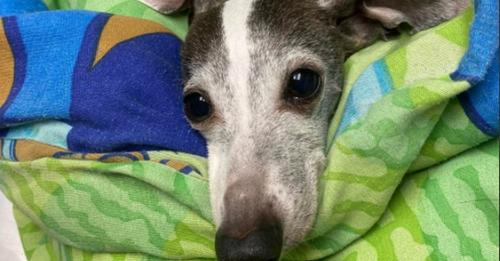 A severe case of animal abuse 20 miles east of Cincinnati in Clermont County has put back into the spotlight a law that toughens the penalties for those who commit the offense, which is now a felony.

No person who confines or who is the custodian or caretaker of a companion animal shall negligently do any of the following: (1) Torture, torment, needlessly mutilate or maim, cruelly beat, poison, needlessly kill, or commit an act of cruelty against the companion animal.
A number of pet rescue owners and officials at animal protective agencies and shelters are quick to point out that the Covid-19 pandemic also has been a game changer among pet owners. Some say they are seeing the number of abuse and neglect cases go up in the last two years, as well as the need for temporary care for pets as their owners are displaced.
Since ORC Section 959.131 became effective, the Level 5 felony–which formerly was a misdemeanor–now carries up to six months in prison and a $10,000 fine.

Those are the possible penalties now faced by 47-year-old Jason Wayne Moermond, who worked as a part-time police officer for the Owensville Police Department and a pharmaceuticals company in nearby West Chester, according to police reports and court documents.

After a two-month investigation by the Clermont County Sheriff’s Office, Moermond was indicted on March 15 on animal abuse-related charges and tampering with evidence, in the abuse of a 9-year-old Italian Greyhound named Lily, according to documents from the Clermont County Prosecutor’s Office.

Moermond  has been summoned to appear for arraignment in Clermont County Court of Common Pleas, according to court records.

The pet’s owner, who shared a home with Moermond, but was in the process of moving out, said she noticed that the dog was in pain and having trouble walking when she returned home from work on Jan. 22.

When she took Lily to a nearby veterinarian, it was discovered that the dog had eight broken ribs, a fractured pelvis, contusions and a punctured lung, records show. The veterinarian suspected domestic abuse and blunt force trauma.

“It was heartbreaking and terrifying because I couldn’t comprehend that somebody would injure any animal, let alone an 11-pound defenseless dog,” Lily’s owner said.

After undergoing extensive surgeries, Lily survived the ordeal and is expected to make a 95 percent recovery, according to information from MedVet Cincinnati, which performed the surgeries.

Owensville Police Chief Mike Freeman told The Epoch Times that Moermond served as an auxiliary police officer from March 8, 2016, until his resignation on Jan. 26, due to the criminal investigation.

Freeman went on to say that Moermond suited up for seven 8-hour shifts in 2021 when a full-time officer was unable to work. Like full-time officers, auxiliary officers are armed with a gun and perform the same patrol duties.

At the time Moermond was hired, he passed a criminal background check as he had no arrests and no record, Freeman said.

“I never had a problem with him,” he said.

Pending the outcome of the investigation, Moermond could lose his law enforcement certification, which requires renewal each year, if he gets a felony on his record, Freeman said.

Pet rescues applaud the law classifying the offense as a felony, and would like to see a database for offenders, but currently, there isn’t one, a spokesperson in the Ohio Attorney General Dave Yost’s Office told The Epoch Times.

Today, there are more pet owners working remotely from home, and others returning to work, who are realizing they “don’t have time” to take care of the animals they took in during the pandemic.

“I get eight to 10 calls a day from people wanting to surrender their dogs … we hear every excuse you can imagine,” Rhonda Martin, an owner of Brave Breed, a dog rescue in West Milton, Ohio,  told The Epoch Times. “We have 15 dogs right now, and wish we could take in more. We just can’t. We need to find homes for the ones we have.”

Martin and her son, NFL lineman Wes Martin who plays for the New York Giants, purchased an old winery with barns in 2018 and established Brave Breed Rescue, a sanctuary for at-risk dogs. Growing up, Rhonda Martin always has had a love for dogs, and when Wes was drafted out of Indiana University, they realized their dream. They, along with Wes’ brother, Adam, stay busy upgrading the facilities and hosting fundraisers and benefits and through donations and grants.

Most recently, they held a garage sale the weekend of March 12-13 and raised a few thousand dollars for the non-profit organization. At noon on March 26, they will participate in a chili cook-off and raffle fundraiser at Wings, a popular sports bar and eatery in Dayton.

In addition to her full-time job in home health care, Rhonda also works full-time at Brave Breed, where it has become busier as people become familiar with their mission of rehabilitating dogs with behavioral or trust issues and finding homes for them.

“Many of our dogs are considered “at-risk,” or have behavioral issues,” Martin added. “Dogs like Pit bulls or English Bulldogs can be bullies, and it takes a special person to own them. When people bring their dogs to me, I tell them, “we can train them.” Then, they say: “Well, I still want to get rid of them.”

“Very rarely do we get a dog that needs nothing,” Martin added. “They usually need their shots, [to be] spayed, neutered; they’re starving, or need some kind of care. Growing up, I’d take in every stray I saw,” Rhonda Martin said. “I love dogs. You can’t even pet some of these dogs that are brought to us. You reach out your hand to pet them, and they hunker down because they think you’re going to hit them.”

Martin was quick to say that if a dog showed signs of abuse that its owner brought to the rescue, they’d notify the authorities. However, Martin said that many of the dogs that are brought in that have showed signs of abuse or behavioral issues have been found and turned in by someone else.

“I have police coming to me asking me if they can take a dog they found,” Martin said. “They find a stray dog, take it to the county shelter—like they are supposed to—and the people at the shelter say they don’t have room, and just tell them to turn the dog loose. It’s not that the shelters are full or they don’t have room; they’re understaffed, or don’t have the budget for more supplies.”

“I don’t know what the answer is,” Martin added.

Because of the ongoing home foreclosure problem in Arizona, Polanski, the executive director of Lost Our Home, started working with realtors who found pets abandoned in vacant homes or had been left tied up in backyards in the Arizona heat with no water in their bowl and little shade.

“I would hear all these stories from realtors about animals being left behind in homes, eating drywall, or left without water for days,” Polanski told The Epoch Times.

Lost Our Home is believed to be the first pet rescue in the United States to offer a temporary care program through its shelter and fosters for up to four months for pets whose owners need to find another place to live. Polanski told The Epoch Times that she estimates that slightly fewer than 25 percent of the pet owners receiving temporary care for their pets are unable to take them back.

Right now, Lost Our Home is at capacity with 151 pets—85 cats and 66 dogs—for whom the foundation is hoping to find forever homes, Polanski said.

More recently, Lost Our Home was among seven pet rescues or shelters throughout the Grand Canyon State who formed a task force to become pro-active as a result of the pandemic and aftermath. The Arizona Humane Society, the Arizona Pet Project, AZ Animal Welfare were among those who joined forces to prepare for an onslaught of pet owners surrendering their pets because of the state ending the eviction moratorium.

“It connects people to other people to get help or give help,” Polanski said of the task force’s website, www.pethousinghelpaz.org. “Homelessness is a big issue out here for people losing their pets.

“In September to October 2020, we saw the number of weekly applications for temporary care double,” Polanski said. “It went up to 80 to 100 applications a week after it was normally 35 to 50.

Polanski said it wasn’t so much the pandemic that put a strain on pet rescues and shelters, it was the fallout.

“We were prepared for a flood of people wanting to surrender their pets because of Covid, but it wasn’t as bad as we thought,” Polanski added. “It was when the moratorium ended on eviction notices that we saw way more people who needed help with their pets.

Polanski concluded, “It’s stayed busy out here,” Polanski said. “We help as much as we can.”