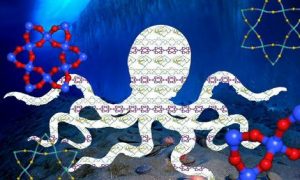 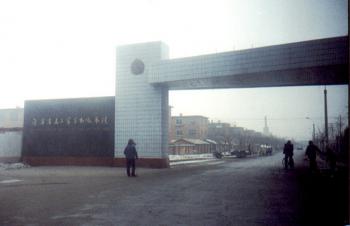 Outside the Masanjia Labor Camp used to persecute Falun Gong, where a show-tour for journalists was conducted in 2001. (The Epoch Times)
China

Petitioner Gai Fengzhen has been imprisoned in the Masanjia Forced Labor Camp in Liaoning Province twice. She has disclosed her experiences in the Camp, one of which includes witnessing a Falun Gong practitioner beaten to death and her bloody clothes buried.

The Camp administration receives 10,000 yuan from the government for each Falun Gong practitioner forced to renounce his/her practice.

The second time Gai was put in the Camp was on April 7, 2008, for “disturbance of social order.” She was arrested in Beijing for petitioning and sentenced to one and a half years forced labor.

According to her, during the 2008 Olympic Games in Beijing, authorities frequently arrested Falun Gong practitioners and other petitioners to prevent them from protesting in public. Starting June 2008, the authority mobilized male guards and camp assistants into women’s labor camps.

“It happened on Sept. 9 or 10 in 2008. I went to a bathroom at 9:30 p.m. and saw guards torturing two practitioners. I heard their bloodcurdling screams as they were brutally beaten until half dead. There were six male guards beating a practitioner Zhang. They repeatedly poked and stabbed her vagina and urethra with Q-tips and clips and did not allow her to use a toilet. The practitioner was dying.

“Later six men wearing white gloves took the body away. No one knows the practitioner’s full name. Several of us saw the body being moved.

“We saw the guards bury something behind the camp building. The next day we saw them dig out some bloody clothes. They were the uniforms the practitioner wore.

Gai remembered one night in October 2008, the captain of the guards, Wang Yanping, gathered 60 practitioners and petitioners and told them that the camp had dealt with over 1000 of them in the past 20 years.

The guards shocked practitioners with electric batons and deprived them of food. When practitioners protested with hunger strikes, the guards did not care. If higher authorities came to visit, the guards would force-feed the practitioners. They opened practitioners’ mouths with vaginal speculums, which often broke their teeth. The practitioners were tied down on the “Dead Man’s Bed” tightly. Being unable to move for a long time, bedsores developed on the prisoners’ bodies and sometimes on the back of their heads.

Lu Xiujuan was imprisoned at the same time with Gai. According to Lu, the guards many times hung her up in the air by a rope tied to her handcuffs. “I could not move for many hours. I peed in my pants after I was put down. I vomited a lot of blood and passed out many times because of the torture. I still have scars now.”

“When they shocked me with electric batons, I could see the purple sparks. My flesh was burnt and blended in with blood, and they poured cold water on me. I had burns on my back and I could not lay down,” said Lu.

Gai said that Masanjia Forced Labor Camp contracted to manufacture clothes for various businesses. The sweatshop for fluffing cotton is the most important yet the most filthy. “They pay me six yuan (US$ 0.9) for completing one piece of work. There was no protection against dust and we had to work from 5 a.m. to 10 p.m. My fingers became compressed and crooked. I had to see doctors at my own expense,” said Gai.

The Camp also forced prisoners to work over 10 hours a day to make clothes. If the quota was not completed, they had to work till midnight.

Civil Rights & Livelihood Watch reported on June 4, 2010, on the slave labor in Masanjia. There are four teams in the Camp and each team has 200-300 prisoners. Every day they have to make 900 coats (three-piece armed police coats). From May to December in 2009, one of the teams with about 200 prisoners had made 40,000 police coats and other clothes.

“The day I was released, I almost crawled home from Masanjia because I was better dead than alive,” said, Gai. “To appeal for justice, I went from local government to Beijing, from People’s Congress to the People’s Procuratorate.” One of the Party secretaries in Tiexi District, Shenyang City, told Gai that she would go to prison forever if she sued anyone. “He told me that the state propaganda materials are for foreigners to read and for brainwashing Chinese people. He warned me that I would never win a lawsuit.”

While Gai was in the camp, her parents died after suffering tremendous mental pressure. Her husband was taken to a forced labor camp once for petitioning for his rights. Because of the tortures she suffered in the camp, Gai’s body is deformed, she has kidney and heart problems, high blood pressure and vertebral disc extrusion. She has a hard time lifting her head.