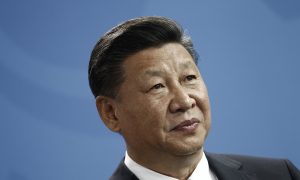 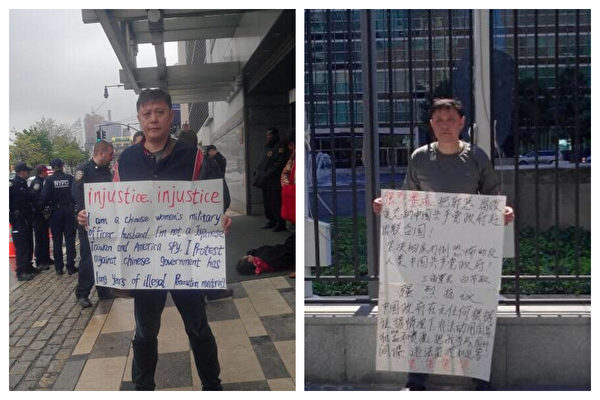 When Chinese Vice Premier Liu He was in Washington for trade talks in late January, several Chinese petitioners tried to stop his car to hand-deliver letters of grievance.

Bai Jiemin was one of those people. As a result of the protest, he was arrested and now is out on bail.

The petitioner told the Chinese-language Epoch Times that he was granted asylum in the United States after suffering political persecution in China.

Bai is a former Shanghai businessman and his wife was a high-level military officer in a secretive department of China’s air force.

According to Bai, Chinese communist authorities suspected that he was a spy. He was therefore closely monitored, he said, causing his clients to be too afraid to meet with him. As a result, he suffered huge financial losses.

Bai believes he aroused the suspicion of communist authorities because he did not have an “appropriate” political background in their eyes.

His grandfather was a village head under the Kuomintang government and was targeted as a counter-revolutionary after the Chinese Communist Party (CCP) seized power in 1949.

Chinese authorities, according to Bai, suspected that he was using his marriage to an air force officer to steal military secrets. Bai said his frequent trips abroad only deepened their suspicion.

Bai said a series of events demonstrated that he was under surveillance by Chinese authorities.

In 2010, Bai was due to attend the World Expo in Shanghai for business. However, one morning while getting an oil change at a roadside carwash, he turned around to find the briefcase in his car missing, he said. Inside the briefcase were materials for prospective deals at the expo: business contracts, money for the payment of deposits, and confidential business information.

The loss of this money was a heavy blow for Bai.

Not long after this incident, Bai said he was having a conversation with someone at a local “democratic corner” when a man dashed toward him and bit off a chunk of his ear. Bai suspected that this man worked with the police.

“Democratic corners” are a colloquialism for meeting places, usually located in parks, where people gather to discuss their grievances and share their candid views of the CCP. Plainclothes police often visit these sites.

Bai, who owned a number of investment properties, said authorities also interfered with the sale of a villa he owned in Shanghai. While the market value of the house was 4 million yuan ($600,000) at the time, he was forced to sell the property for a fraction of the price at 1.8 million yuan ($270,000) because of suspected foul play.

Since then, Bai has become one of the thousands of petitioners in China. As a result, he has been targeted as part of the regime’s efforts to crack down on dissent, despite that Chinese people have the right to petition.

Bai said it was not only police that harassed him.

“In my case, the surveillance and persecution not only came from the local public security system, but also from the army’s security departments. How can I bear it alone?” he said.

In the summer of 2013, Bai said he took a drink from a cup of water he left in his car after he finished work. Shortly after, he started vomiting and had diarrhea to the point where he could not walk.

Fortunately, his wife came back in time to rush him to hospital, he said. Doctors told Bai that he would have died if he had arrived at the hospital 10 minutes later.

Bai came to the United States in 2016. When Chinese Premier Li Keqiang visited the country that year, Bai also tried to intercept his vehicle to lodge an appeal letter. Soon after that, he lost contact with his wife and son in China.

Now a political refugee, the New York-based Bai goes to the United Nations headquarters every day to protest the communist regime. He holds a banner that reads: “Down with the evil, deviant and corrupt CCP. Expel the CCP from the United Nations.”