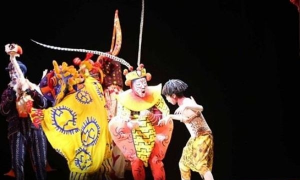 Lion King Cast Member: Shen Yun ‘So Intriguing, It Was Beyond!’
0 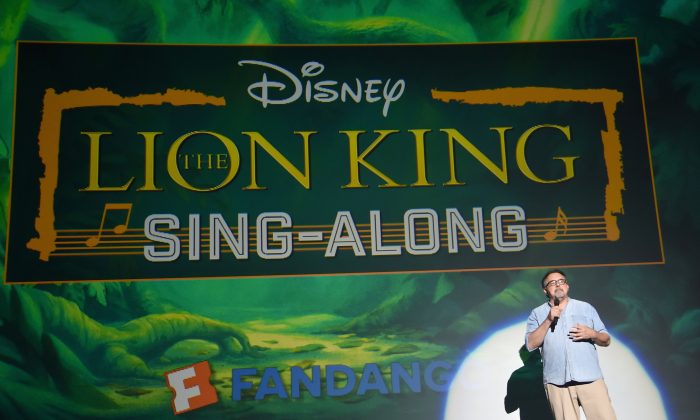 Producer Don Hahn at The Lion King Sing-Along at The Greek Theatre in Los Angeles in celebration of the in-home release, hosted by Walt Disney Studios and Fandango in Los Angeles, Calif., on Aug. 5, 2017. (Alberto E. Rodriguez/Getty Images for Disney)
Entertainment News

A petition urging Disney to release the company’s trademark on the common Swahili phrase “Hakuna Matata” has been signed by more than 110,000 people in the past three weeks.

The phrase means “no problem” or “no worries” in English and was used in a popular children’s song produced for the 1994 animated film, The Lion King.

The petition on Change.org is the brainchild of Zimbabwean-Canadian activist Shelton Mpala who said the phrase is often used in Tanzania, Kenya, Uganda, Rwanda, Burundi, Mozambique, and the Democratic Republic of the Congo.

“Disney can’t be allowed to trademark something that it didn’t invent,” wrote Mpala. “Join us and say no to Disney or any corporations/individuals looking to trademark languages, terms or phrases they didn’t invent.”

A November article in the Kenya newspaper Business Daily also brought up the Disney trademark, calling it a “wake-up call” for the East African community to do more to protect “national and regional heritage.”

The entertainment company has held the trademark since 2003 on clothing such as hats, t-shirts, and shoes, according to public records.

Ngugi wa Thiong’o, Kenyan professor of comparative literature at the School of Humanities at the University of California, Irvine told NPR he was “horrified” that Disney had trademarked the phrase.

“It would be like trademarking ‘good morning’ or ‘it is raining cats and dogs’ in the case of English,” he said. “It’s a common phrase we use every other day. No company can own it.”

However, Kenyan intellectual property lawyer Liz Lenjo believes Disney “has not stolen anything” and people are “blowing things out of proportion.”

“The use of ‘Hakuna Matata’ by Disney does not take away the value of the language,” Lenjo told CNN. “East Africans or whoever speaks Swahili worldwide are not restricted from using the phrase.”

According to an overview of trademark law by Harvard University, companies can sue for using a trademarked phrase on a product if it’s “likely to cause consumer confusion as to the source of those goods or as to the sponsorship or approval of such goods.”

In 2013, Disney dropped an effort to trademark “Dia de los Muertos” during the making of the Pixar film, Coco, amidst online criticism according to Deadline.

“Disney’s trademark filing was intended to protect any potential title for our film and related activities. It has since been determined that the title of the film will change and, therefore, we are withdrawing our trademark filing,” said the company in a statement obtained by Deadline.

A live-action remake of The Lion King is set to hit theaters on July 19, 2019. Disney released the official teaser trailer of the movie on Nov. 22, to the delight of fans.

The film features the voices of Donald Glover as Simba, Chiwetel Ejiofor as the villainous Scar, Beyoncé as Nala, and the iconic James Earl Jones returning as The Lion King, Mufasa.