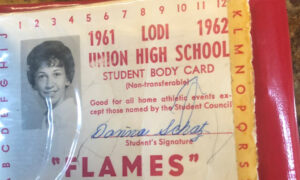 Woman Reunites With Her Wallet Lost in 1962 at a Movie Theater: 'It's Unbelievable'
0
Share Now
TelegramFacebookTweetEmailTellMeWeReddit
Copy Link 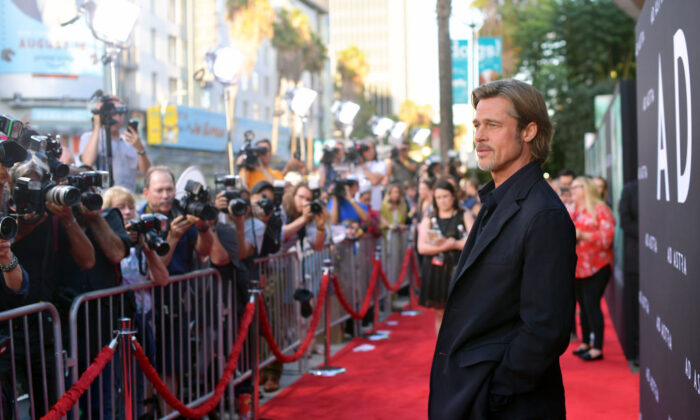 LOS ANGELES—Southland movie fans stunned and saddened by April 12’s news that the ArcLight and Pacific theaters in the Los Angeles area will not reopen have taken to the internet to try to save one of L.A.’s most iconic movie houses.

A petition launched on Change.org to preserve the iconic Cinerama Dome on Sunset Boulevard had more than 1,200 signatures as of the morning of April 13. It was started by a filmmaker and actor named Ben Steinberg, who wrote about the Cinerama Dome’s place in movie history.

“The Cinerama Dome is a historic movie theater located in Los Angeles. It was built in 1963 and designed specifically to showcase widescreen motion pictures,” his petition states. “It has been the choice of the greatest filmmakers in the world to showcase their films including Quentin Tarantino, Stanley Kubrick, Steven Spielberg, Christopher Nolan and many more. It is one of the last remaining Cinerama domes in the world. With the recent news that Arclight Cinemas is closing forever, we cannot allow the Dome to be demolished or changed. We the people (cinephiles) are calling on Amazon, Walt Disney Studios, Apple, Netflix or someone else to save the Dome, and continue the legacy of the Cinerama Dome.”

The petition can be viewed at www.change.org/SaveTheDome.

Many other cinephiles are using the hashtag #SaveTheDome on Twitter and Instagram to show their support for preserving it.

The Decurion Corp. announced April 13 that its ArcLight Cinemas and Pacific Theatres chains, which shut down more than a year ago due to the coronavirus pandemic, would not be reopening to moviegoers.

“After shutting our doors more than a year ago, today we must share the difficult and sad news that Pacific will not be reopening its ArcLight Cinemas and Pacific Theatres locations,” the company said in a statement posted to PacificTheatres.com and arclightcinemas.com. “This was not the outcome anyone wanted, but despite a huge effort that exhausted all potential options, the company does not have a viable way forward.

“To all the Pacific and ArcLight employees who have devoted their professional lives to making our theaters the very best places in the world to see movies: we are grateful for your service and your dedication to our customers. To our guests and members of the film industry who have made going to the movies such a magical experience over the years: our deepest thanks. It has been an honor and a pleasure to serve you.”

The ArcLight locations include the iconic Pacific Cinerama Dome on Sunset Boulevard in Hollywood and five other Los Angeles area locations.

Pacific Theaters had six locations in the Los Angeles area.

Deadline reported that sources said the company was planning to turn the keys back to its landlords as part of a negotiation on outstanding leases.

The announcement doesn’t rule out a sale of the chain, but the company declined requests for additional comment.

The move comes despite expectations by some industry officials that local theaters could allow 100 percent capacity even before Gov. Gavin Newsom’s no-more-tiers policy takes effect June 15.

The Hollywood ArcLight, the historical version of which featured heavily in director Quentin Tarantino’s Once Upon a Time … in Hollywood, was one of the highest-grossing movie theaters in America, according to Deadline.

“This really makes me sad,” actor Josh Gad tweeted. “I have so many incredible memories of the #CineramaDome and of watching movies at #ArclightCinemas.”

Actress Patricia Arquette chimed in: “Long before I was an actor I would ditch school to go see Hair at the Cinerama Dome.”

Jon M. Chu, the director of Crazy Rich Asians , said news of the closure made him sad.

“I loved this theater,” Chu tweeted. “And I had my first premiere for my first movie #StepUp2TheStreets there. I snuck out of the movie early so I could cut a piece of the red carpet out and keep it. It sits on my desk.”

Rian Johnson, who directed Star Wars: The Last Jedi, and received a best original screenplay Oscar nomination for Knives Out, tweeted, “Every single person who worked at the ArcLight loved movies, and you felt it.

“Sending love to every usher, manager and projectionist who rocked that blue shirt and made it such a special place.”