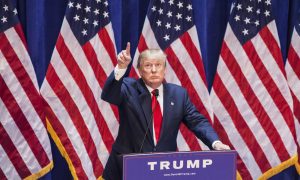 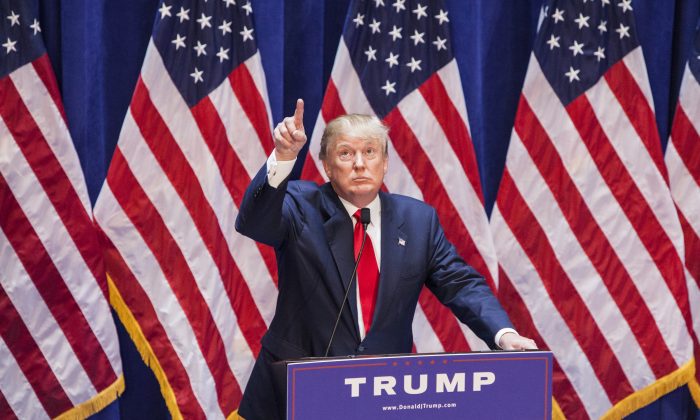 Business mogul Donald Trump gives a speech as he announces his candidacy for the U.S. presidency at Trump Tower on June 16, 2015 in New York City. (Christopher Gregory/Getty Images)
US

Petition for NBC to Cut Ties With Trump Draws 200,000 Names

Posted on the Change.org website, the petition calls out NBC of choosing business over “ethics, principles and values” in the wake of Trump’s recent statements when declaring his candidacy for president.

Among his remarks, the GOP hopeful portrayed immigrants from Mexico as “bringing drugs, they’re bringing crime, they’re rapists, and some, I assume, are good people.”

Last week, Univision, the nation’s largest Spanish-language network, said it wouldn’t air the Miss USA and Miss Universe pageants, which are co-owned by Trump, and will cut all future business ties with him.

Donald Trump and Neil Young: What That Song Communicates
Trump Announcement a Boon to Late-Night Comics

NBC responded only by saying the company doesn’t “agree with his positions on a number of issues including his recent comments on immigration.”

NBC is co-owner with Trump of the pageants and is in business with him as host and a producer of “The Celebrity Apprentice.” A sister network of NBC is Telemundo, another major Spanish-language TV outlet, which aired the Miss Universe pageants before Univision won the contract.

“A large part of your audience is Hispanic and we watch NBC, NBC News and Telemundo,” said the man who posted the petition, Guillermo Castaneda, Jr., in addressing NBC. “How about looking out for us?”