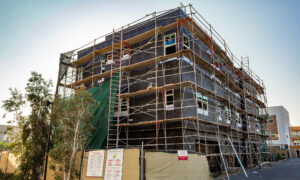 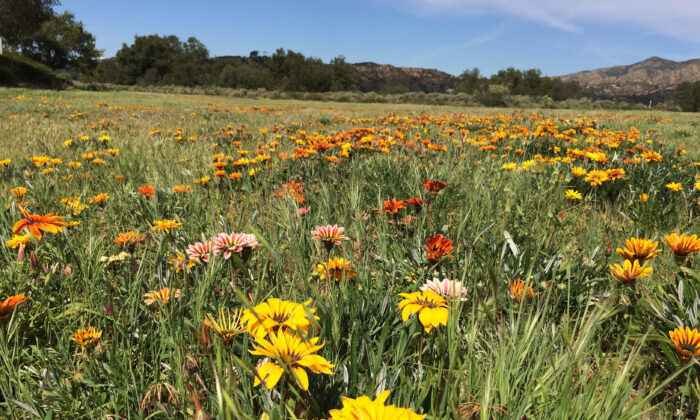 Hundreds of residents in Rancho Santa Margarita, California, say they’re worried that state housing mandates might cost the city a popular field known locally for its springtime burst of flowers.

Rose Canyon is a 3.5-acre, undeveloped site that was “generally accepted” by a city focus group to repurpose for housing, although further study is required to determine how many units the property can accommodate.

A petition from members of the Rancho Santa Margarita community, intended to protect the Rose Canyon as a community resource, is calling on the city to consider other options.

“[Rose Canyon] serves as a direct walking path to the canyon, brings nature into the master planned community and is constantly used by the people who live here,” the petition said.

“This greenbelt space is not large enough to fulfill the state’s requirement, leaving additional land needed for development. Using this small parcel of land takes away an aesthetic that makes RSM so beautiful and such a desirable place to live.”

The petition began gathering signatures on Change.org on June 1 and gathered 790 signatures as of deadline June 7.

The city was allocated 680 units as part of the state’s 2021–2029 Regional Housing Needs Assessment (RHNA). It must demonstrate that it has enough land designated and made available for residential development, but it’s not responsible for building the units.

“The city has to make sure that land is designated in the general plan and zoning to accommodate 680 units; the city does not build housing,” Cheryl Kuta, development services director, told The Epoch Times.

Rancho Santa Margarita must update its General Plan Housing Elements data, including an eight-year plan for the RHNA allocation, by Oct. 15.

It’s currently conducting a public outreach campaign and has undertaken several focus group studies to obtain input regarding how the community would prefer to plan for the allocated housing.

The Southern Orange County city doesn’t need to own the space it intends to zone for residential purposes. In fact, it doesn’t own enough land to meet the RHNA allocation, as most of the city is privately owned.

The city isn’t using eminent domain; rather it’s only zoning property to have the possibility of housing development.

“For example, an office space within the city can be zoned for housing. In this instance, the occupants would not need to do anything, and could maintain it as an office space. However, the property could be used for residential purposes if the owner chooses to do so.

“Should a property that is not currently zoned for residential be rezoned by the city council in the future for residential, that wouldn’t mean that anything would have to happen to the existing use. That use could stay there in perpetuity as a legal nonconforming use.”

Once a property is designated by the city council to be zoned for residential development, it will be made available for development during the entire eight-year housing cycle.

During the last RHNA housing cycle, the city was allocated to zone just two units.

“That housing element cycle was right at the end of the Great Recession, and there was a lot of vacancy, so a lot of cities got very low RHNA numbers,” Kuta said. “Nobody in the entire region got to zero. Everybody got at least two.”

The city is currently in the process of evaluating the “universe of sites,” Kuta said, adding that there are a variety of options, ranging from office space to commercial sites, open space, workforce housing, and accessory dwelling units.

Councilman Jerry Holloway said that an added challenge to meet the required units is that the city is fairly new, and there are not that many areas for redevelopment.

“We’re not old enough, so you don’t really have any redevelopment areas to speak of,” Holloway told The Epoch Times.

“Meeting the requirements is going to be a little trickier for us as it might be for some older cities.”

To date, the city has hosted five focus group meetings with various stakeholders on various sites.

One key finding of the focus group was that repurposing office sites was a “very acceptable option” to meet the housing needs.

Kuta said the city is encouraging community members to contact council and staff to provide public input for the RHNA allocation decision-making process.

“We want public input all along the way, and that’s what we’ve been trying to get,” she said.

The city council and planning commission will give direction in the coming months to narrow the options.