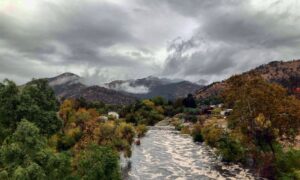 Peter Shih, who is the co-founder of Airbrite and founder of Celery, posted vitriolic criticism of San Francisco before taking it down, but the damage was already done.

Shih in his article, called “10 Things I Hate About You;  San Francisco Edition,” slammed the city’s public transportation, parking, the weather, “start up guys,” homeless people, crime, nightlife, the cost of living, and bicyclists. He posted it on Medium, a site similar to Tumblr.

“I hate how the weather here is like a woman who is constantly PMSing. I hate how I can’t tell the difference between August and February. I hate how I have to turn on the heater in the middle of summer. I hate having to always carry a jacket because of the 20 degree swings between day and night,” reads one post about the weather.

About crime, he wrote “the difference between crime in SF versus crime in NYC is that the areas in which it happens are in much closer proximity to where normal citizens frequently travel.” But the most controversial post was about “49ers”–not the football team, but “all the girls who are obviously 4s and behave like they are 9s.”

He posted an apology on Friday.

“I want to sincerely apologize to everyone who read my poorly written blog post about San Francisco. I made idiotic and childish, but worse yet, thoughtless, hurtful and offensive comments that I am deeply sorry about,” he wrote.

The article was taken down, but a mirror of it was saved.

The San Francisco Business Times reported that he edited the article with a disclaimer, saying “Disclaimer: This post is an opinion piece by me. It was intended to be humorous satire. Hate all you want, but please stop bringing my company into this.”

The posting triggered a backlash, causing locals to place different posters on street signs, describing Shih as a “co-founder head bigot,” “woman-hatin,'” and urging him to “move back to NYC,” where he is originally from.

“Someone please disrupt Peter Shih. I mean like in the face,” wrote one user,  Susie Cagle.

A Twitter meme also was circulated, portraying him as someone who can’t handle San Francisco or California.

[View the story “Peter Shih vs. San Francisco” on Storify]