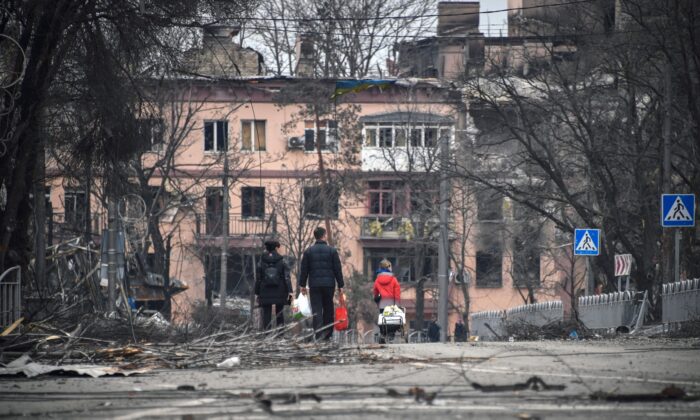 Peter MacKay: Canada Can Do More to Help Ukraine 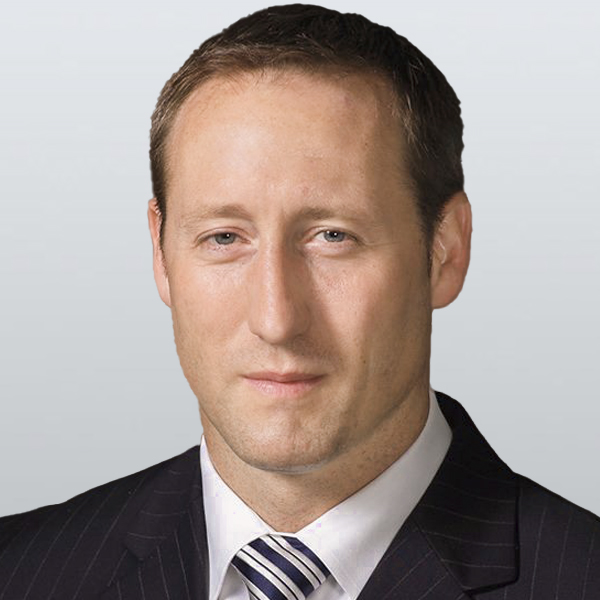 Justin Trudeau needs to step up or stand aside. He has hidden behind NATO’s paralysis, Joe Biden’s tentative fear, and Germany’s and France’s frailty. He now has to decide: Step up and defend Ukraine with all Canada can offer—money, arms, heavy weapons, international credibility, and advocacy—or step aside and let someone else lead Canada’s support for Ukraine.

Deputy Prime Minister and Minister of Finance Chrystia Freeland is the clear choice to do so if he cannot. She’s attempted to tackle every other problem he has created. She can certainly address the needs of Ukraine with the same determination and ability she has shown to date: renegotiating NAFTA, meeting the financial challenge of COVID, leading the transition to a net-zero economy. Her deep ties to Ukraine, knowledge of the history and region, and determined nature all lend themselves to a more robust approach to helping Ukraine in its dire time of need.

Mass graves in Bucha, looting of homes, shelling of hospitals and homes, and horrific rape and torture are clear evidence of war crimes by Russian troops, all acting on Putin’s orders. If not now, why? If not today, when? As the body count grows higher and the attacks worsen, time is running out for Ukraine and its ability to hold on in the face of this onslaught.

The use of chemical and biological weapons by Russia seems almost a foregone conclusion. All other red lines have been crossed and nothing seems beneath the diabolical nature of the clearly unhinged and venomous Putin and his murderous army.

This from a country 15,000 km away from the fight, and with roughly 40,000 Australians of Ukrainian descent in their midst. And all with a GDP 80 percent the size of Canada’s and with a smaller population. While true leaders eat last, Justin Trudeau is gorging himself at Canada’s buffet while Ukraine is shot, bled, and starved.

Other countries have similarly, weeks into this conflict, recognized the critical need for lethal weapons, missiles, fighter planes, armour, and heavy artillery.

There are no half-measures left. Thoughts and prayers are useless against Putin’s bombs and rockets. Trudeau can no longer expect others to provide cover for his reluctance to answer the pleas for help from his friend President Zelenskyy, who has to show Canada and NATO and importantly, Russia, what Ukraine is capable of doing in this fight. Because it is indeed our fight, not just Ukraine’s. But without action these words ring hollow.

Yet there remains a hesitancy, a willingness to do a mere percentage of what is actually needed. What Zelenskyy is asking for is painfully clear. Arm the Ukrainians to allow them to do all they can to defend themselves. Give them our very best of equipment, and what we do not have, buy and deliver. Because if Ukraine falls, and it could, what’s next? Surely an emboldened, bloodthirsty dictator like Putin won’t stop. The Balkans, Finland, Poland, the Arctic—the list is long of countries and regions that may face aggression.

Surely the cyberattacks, espionage, and political interference against so many Western countries, including Canada for years, is but a harbinger of what may be coming. So why the restraint? The threat of nuclear attack is real, but a bluff. But I would argue that with each passing day, when Russia rolls over towns and cities and people, and the death toll mounts, the likelihood that this will not be contained inside Ukraine becomes more likely. Just as when Russia took Crimea in 2014, after much hand-wringing and hyperventilating, the West essentially shrugged and moved on. The die was cast.

To go all in, short of boots on the ground, is reasonable, measured, and completely justified. In fact, to do otherwise makes us guilty of watching an entire country dismantled and human suffering on a level not seen since World War II.

And why is that? Why should Canada spend its treasure instead of blood? Because it can. And because it must. Because the defeat of Putin in Ukraine is the only way—the only way—Ukraine will be secure and have a chance at recovery. And war costs money, which Ukraine does not have, nor can it get it on its own.

We have the financial resources to purchase the arms and equipment Ukraine needs to wage the battle it is currently in, the heavy weapons to tilt the scales of war in Ukraine’s favour, and prosecute the war to its only lawful and rightful conclusion: ridding Ukraine of all of Putin’s troops. And then support the aggressive prosecution of Putin as the war criminal he, his enablers, officials, generals, and officers truly are.

And looking outside the brutality in this war on innocence, what message does it send to like-minded tyrants, our potential future adversaries? It is not a stretch to imagine the fellow dictators in various other countries who spurn human rights, the rule of law, and democratic values, both applauding and planning their own nefarious actions should Russia succeed and go unpunished in this crime against humanity. China, Iran, North Korea, and others will be emboldened by further dithering, reluctance, and half-measures from the West.

Canada can and should lead the world and certainly the G7’s efforts to put in place the financial support Ukraine will need to rebuild. And these needs will be massive. But aid can only flow when Ukraine is free. Yes, Canada can backstop what Ukraine needs from the IMF, but the massive amounts to rebuild a country shattered by Putin’s criminal acts will take money on the scale of what was needed to bail out Greece, Ireland, and other EU countries. Canada should underwrite Ukraine’s reconstruction and lead the G7 in doing the same.

Canada can also make sure the money is there for Ukraine by ensuring the first source of financing for reconstruction comes from Putin’s own coffers. The world has known for decades how rich Putin is from the wealth amassed by his oligarchs allowed to operate on his behalf. Start with these ill-gotten gains. Seize first, ask questions later. Take all his assets, freeze his accounts, cut off his access to global currencies. Putin no longer deserves any benefit of the doubt. When there is a suspicion he owns a yacht, office building, plane, bank account, hotel, sports team, grab it and let him suffer.

Justin Trudeau can show Ukraine—and the world—what Canada and Canadians are capable of when the fight is made ours and the cause is right. Chrystia Freeland’s budget last week was the time to do so.

There are consequences for failure that come all the way to our back door. Trudeau either chooses to step up on behalf of Ukraine, Canada, and Canadians, or step aside.