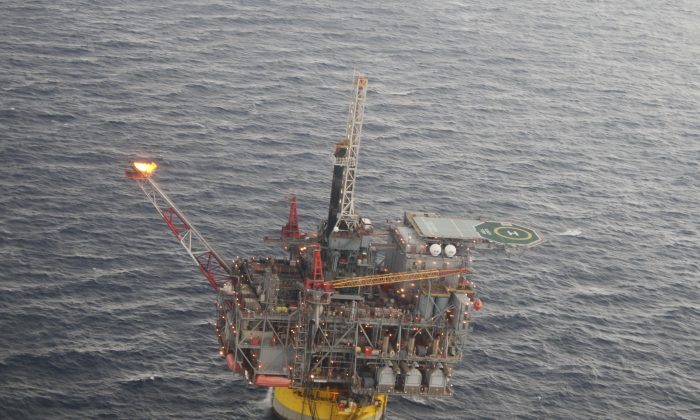 A oil platform in the Gulf of Mexico in this file photo. (AP Photo/Jon Fahey)
Americas

Peter Jorge Voces, a native of the Philippines who works for a fabricating company as a welder, fell of an oil platform in the Gulf of Mexico.

The U.S. Coast Guard is searching for Voces.

He fell off the platform on Sunday evening.

“We have been assured by the US Coast Guard that they are searching aggressively for our missing kababayan,” said Philippine Ambassador to Washington Jose Cuisia Jr. in a statement.

Voces, 38, is a registered overseas worker hired by Offshore Specialty Fabricators based in Houma, Louisiana, the embassy said.

He was part of crew sent to decommission idle platform owned by Energy Resource Technology, a subsidiary of Houston-based Talos Energy.

The accident comes almost a year after three Filipino oil workers and three others were injured at an explosion at an offshore oil platform.

The accident site is located at Vermillion Block 200, some 55 miles south of Freshwater Bayou between Lake Charles and Baton Rouge and is 154 miles from last year’s accident site.

On Tuesday afternoon, the embassy said that there is still no sign of Voces, but that the search continues.