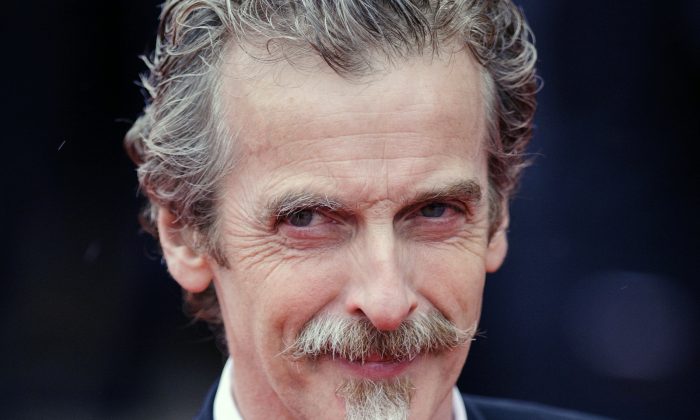 Peter Capaldi, an Oscar-winner who played Malcolm Tucker in the sitcom “The Thick of It” and also was Caecilius in “Doctor Who” episode “Fires of Pompeii,” was named as the 12th doctor in “Doctor Who.”

The makers of the British TV show clamped down on leaking any information about who the next Doctor Who would be before making the announcement on Sunday that Capaldi will be the Doctor, the time-traveling Time Lord. He travels in the TARDIS time machine, which is shaped like an old British police telephone booth.

“Being asked to play the Doctor is an amazing privilege,” he told The Associated Press. “Like the Doctor himself I find myself in a state of utter terror and delight,” he said.

Capaldi has been involved in film, television, and stage acting for decades. He won an Academy Award for directing “Franz Kafka’s It’s a Wonderful Life,” played in “World War Z,” and currently appears in “The Musketeers.”

“It is so wonderful not to keep this secret any more,” he said of being named the Time Lord, according to the Guardian. “For a while I couldn’t even tell my daughter. Being asked to play the Doctor is an amazing privilege. Like the Doctor himself I find myself in a state of utter terror and delight. I can’t wait to get started.”

“Even though I am a lifelong Doctor Who fan I’ve not played him since I was nine. I downloaded old scripts and practiced those in front of the mirror,” he said.

In the fourth season of “Doctor Who,” he played Caecilius in episode “Fires of Pompeii,” which was broadcast in 2008. The episode is set shortly before the eruption of Mount Versuvius in 79 AD in Rome.

“Doctor Who” ran from 1963 to 1989 before it was rebooted in 2005. Past Doctors include Christopher Eccleston, David Tennant and Matt Smith.