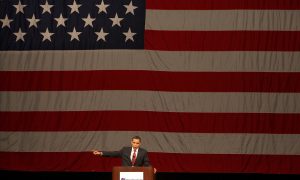 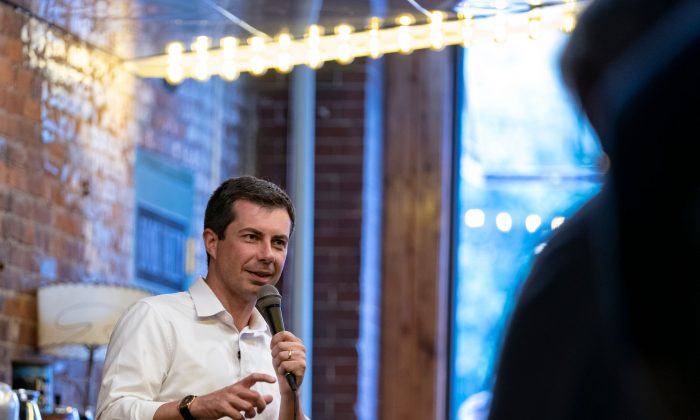 Democratic presidential candidate Pete Buttigieg has suggested that unborn babies can be aborted until they breathe for the first time, a position rejected by the vast majority of the country.

Buttigieg, the mayor of South Bend, Indiana, claimed that his position was rooted in the Bible.

Buttigieg, a Democrat, was talking on “The Breakfast Club” about how he feels like some Christians are out of line for supporting Republican President Donald Trump, before transitioning to abortion, which, he said, “is obviously a tough issue for a lot of people to think through morally.”

“Then again, there’s a lot of parts of the Bible that talk about how life begins with breath, and so even that is something that we can interpret differently.”

He said he was pro-choice. “But no matter where you think about the kind of cosmic question of how life begins, most Americans can get on the board with the idea of, ‘Alright, I might draw the line here, you might draw the line there,'” he said. “But the most important thing is the person who should be drawing the line is the woman making the decision.”

He also said that he didn’t want to use faith “to order people to live their lives differently” and that God “doesn’t belong to a party.” Buttigieg has consistently attacked Republican Vice President Mike Pence, a Christian, over his beliefs and said in a previous interview that the Christian faith “is going to point you in a progressive direction.”

Unborn children feel pain by 20 weeks of gestation or earlier, according to the Charlotte Lozier Institute. They can survive outside the womb as early as 23 weeks.

Support for abortion in general has crept up over the years, but respondents to polls have long been against late-term abortions.

A February poll conducted by YouGov and Americans United for Life found that 80 percent of respondents were opposed to abortion the day before the child is born and 79 percent opposed abortion in the third trimester at all.

A poll conducted later in the month by Marist University and the Knights of Columbus also found similar results—80 percent of respondents said they would like abortion limited to, at most, the first three months of pregnancy. In a Gallup poll in 2018, 87 percent or respondents said that abortions should be illegal in the final trimester.

Earlier in the show Buttigieg said that there was majority support for many of his positions.

According to the Centers for Disease Control and Prevention 1.3 percent of the 638,169 abortions conducted in 2015—8,296—were late-term abortions.

In May, Buttigieg revealed his support for late-term abortions.

Host Chris Wallace asked if Buttigieg would be okay with a pregnant woman, well into the third trimester of pregnancy, deciding to abort the baby.

“Let’s put ourselves in the shoes of a woman in that situation. If it’s that late in your pregnancy, that means almost by definition you’re expecting to carry it to term. We’re talking about women who have perhaps chosen a name, women who have purchased a crib, families that then get the most devastating medical news of their lifetime. Something about the health or the life of the mother that forces them to make an impossible, unthinkable choice,” the mayor said.

The mayor’s latest comments drew criticism, including from his brother-in-law.

Pastor Rhyan Glezman, 34, said he was concerned about Buttigieg’s claim that the Bible supports abortion.

“I feel a sense of responsibility and stewardship of my faith to stand up and say something, to say, ‘No, that’s not true,'” he told the Washington Examiner.

“God places a very high value on all human life. Everyone is created fearfully and wonderfully in the image of God with intrinsic value. That doesn’t start at the first breath, it starts when we enter our mother’s womb.”

“If we’re going to say we’re for all people and we love all people, but we don’t value human life in the womb, that’s being a hypocrite. You’re hypocritical if you don’t stand up for all life. So that’s why I’m speaking out,” he added. “This isn’t a little issue, especially when we’re talking about life. This is not just a political conversation. We’re talking about human life. These are human beings.”

Glezman initially responded to Buttigieg’s comments on social media, writing on Twitter: “My brother in law needs to repent from this radical false teaching. God does not endorse this nonsense, only false religion does.”