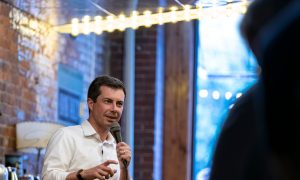 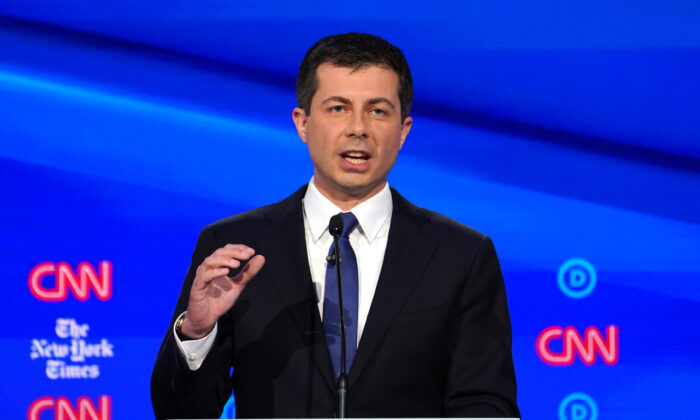 South Bend, Indiana, Mayor Pete Buttigieg is for the first time leading the Democratic presidential race in Iowa, which holds the earliest primary in the nation, according to Monmouth University poll released this week.

The Democratic presidential candidate surged to the top of the poll out of the four candidates leading the 2020 Democratic field in Iowa, which will in February host the first nominating contest.

Monmouth’s Iowa poll, released on Nov. 12, found that Buttigieg is the favored candidate of 22 percent of respondents. Since the poll in August, Buttigieg’s support has grown—he gained 14 percentage points, racing ahead of former Vice President Joe Biden.

The poll sampled 451 likely Democratic caucus voters, and had a margin of error of plus or minus 4.6 percentage points.

Commenting on Buttigieg’s surge in recent polls, Patrick Murray, director of the Monmouth University Polling Institute, said, “While he has made nominally bigger gains among older caucusgoers, you really can’t pigeonhole his support to one particular group.”

“He is doing well with voters regardless of education or ideology,” Murray added.

Murray explained that the race still remains “extremely fluid,” as less than a third of poll respondents said they are firmly decided on their candidate.

Buttigieg was ahead of Sen. Bernie Sanders, who had 18 percent, and Joe Biden, who had 12 percent.

The poll was conducted from Oct. 18 to Oct. 22, sampling 598 likely Democratic caucus voters, and had a margin of error of plus or minus 5 percent.

Murray, however, said that when Iowa hosts the first nominating contest in February, candidates who have been in the field longer are more likely to receive votes if the race still seems wide open.

“It makes more sense to pay attention to someone like Amy Klobuchar in this scenario than look for a white knight to come riding to the rescue,” he said.