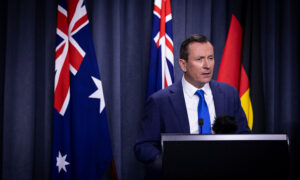 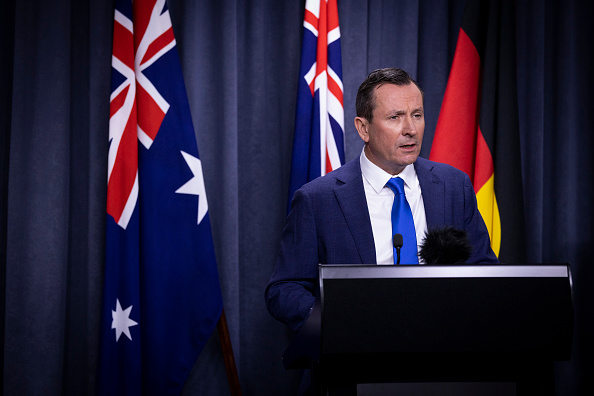 Metropolitan Perth and two nearby regions will enter a five-day hard lockdown after a hotel quarantine security guard attended more than a dozen venues while infected with the UK strain of COVID-19.

From 6 p.m. on Sunday, metropolitan Perth, the Peel Region and the South West region will lock down until 6 p.m. on Friday.

All residents must stay home unless shopping for essentials, attending to medical or healthcare needs, exercising within their neighbourhood or working if unable to do so remotely.

Schools which were due to resume on Monday will remain closed for another week.

In addition, the following will close.

Funerals will reduce to 10 people while weddings are cancelled.

Premier Mark McGowan says the man in his 20s returned a positive test overnight after working at the Sheraton Four Points state quarantine facility in the Perth CBD.

He had worked two 12-hour shifts on Jan. 26 and Jan. 27 on the same floor as a person infected with the highly contagious UK variant of the virus.

The man had previously returned three negative tests and authorities suspect he may have also contracted the UK variant.

Genomic testing results will be known on Tuesday morning.

Authorities are investigating how the breach happened but say he did not enter a hotel room.

They do not believe he worked in any other roles during the period in question.

Face masks were handed out to media as they waited for a press conference which was delayed by almost an hour.

Long queues had already started to form at Perth supermarkets on Sunday when word started to spread that a significant announcement would be made.