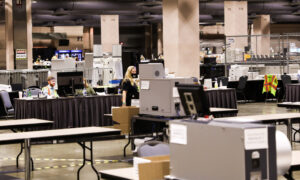 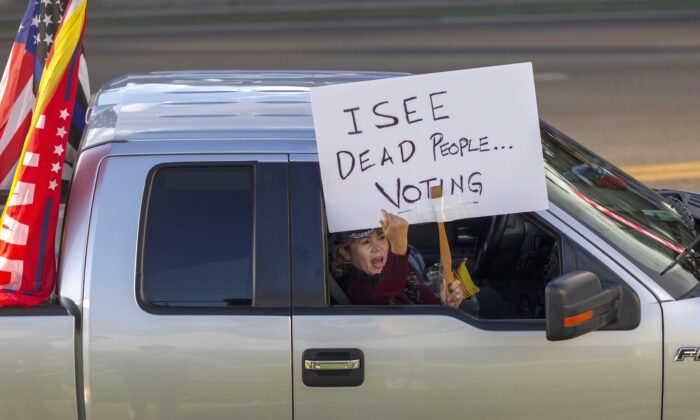 Perspectives (Some Encouraging, Some Not) on the 2020 Election

For most of you, last week was a novel experience. For me, though, it was déjà vu: I lived through that script once before.

In 1970, I was living and studying (well, a little bit, anyhow) in Bogotá, Colombia. There was a presidential election. Colombia’s political establishment had a cozy arrangement: The two main political parties took turns fielding a candidate for president. Thus, no Conservative would run against the Liberal candidate, who would easily win a four-year presidential term, and in the next election, no Liberal would run against the Conservative, guaranteeing the Conservative an easy victory. Or so they thought.

Third-party candidates were allowed to run in presidential elections, but they had never come close to beating the “establishment” candidate—until 1970. One of three non-establishment candidates in that race was Gen. Gustavo Rojas Pinilla, who had ruled Colombia in the mid-1950s after a military coup. Running as a populist, Election Day returns kept showing Rojas with a lead over Misael Pastrana Borrero, the Conservative (establishment) candidate.

Well, surprise, surprise—all radio and TV transmissions suddenly went dead. A 7 p.m. curfew was imposed. The newspaper headlines the next morning proclaimed the race “too close to call.” The next morning, the reports were that Pastrana seemed to have gained a slight lead. The following morning, that lead had grown, and on the fourth day after Election Day the media declared Pastrana the winner. Clearly, the fix was in: The election was stolen.

It’s almost eerie how closely the 2020 U.S. presidential election followed the same pattern: The populist outsider was winning, then establishment figures interrupted the vote counting process and “went dark,” after which the establishment candidate kept coming up with more votes until about four days later the media anointed him “the winner.”

Sorry, but with every “surprise” adjustment to the tabulation of votes working to the benefit of the same candidate, I’m convinced that Americans copied what the Colombian establishment did 50 years ago. In doing so, we have become just another “banana republic” (although since the United States produces software instead of bananas, and we know how censorious and manipulative the high-tech companies have become, maybe we be known to history as a corrupt digital republic). The sad image of American businesses feeling a need to board up their storefronts on the eve of an election reinforces the sense of our political rot and decay.

One of the more striking aspects of this election is that Donald Trump allegedly lost in spite of setting new highs for a Republican candidate among blacks and Hispanics as well as winning over many rank-and-file union workers. The datapoint that I find most amazing is that the voters of Zapata County along the Rio Grande—95 percent Mexican American—had favored Hillary Clinton over Trump by 33 points in 2016, but this year gave 52.5 percent of their vote to Trump. You never would have expected such a result based on mainstream media “reporting.”

Apparently, those gains by Trump were offset to some degree by loss of support from white women and college-educated Americans. While I think it’s some combination of pathetic and tragic that people who benefited from Trump’s policies (at least, in the three years before the CCP virus outbreak) would vote against him, my take on it is that many American women just can’t stand aggressive, nasty behavior (Twitter fits, gratuitous name-calling, etc.). So instead, many women voted for an immensely inferior candidate—the poster child for mediocrity, a multi-decade placeholder adept only at going along to get along (or selling one’s soul for political popularity, if you want to go a little deeper).

While I think their votes for Biden will come back to haunt them, there’s a part of me that’s grateful and glad that so many women in our society are repulsed by ungentlemanly behavior. These women have drawn a line. Those that are mothers don’t want their children to act like the dark side of Donald Trump. Good for them! Somebody has to maintain some standards of decency and decorum. Thank you, ladies.

As for the majority of college-educated Americans favoring Biden, well, if you look at the junk that has been force-fed into generations of college students, we can see the poisonous fruit that has sprouted from poisonous intellectual seeds.

There was one particularly notable “green shoot” or encouraging development in the media universe: The Pittsburgh Post-Gazette—which hadn’t endorsed a Republican candidate for president since 1972—endorsed Trump. It wasn’t just a superficial endorsement either. The clear, comprehensive analysis restores hope that sound thinking can still find a place in a major big-city newspaper.

On the negative side of media malpractice, we all could see the arrogance and self-importance of the Twitter CEO who suffered from the delusion that he was so justified in running interference for Joe Biden that he blocked access to the alleged evidence of egregious corruption that Hunter Biden’s hard drive had recorded for posterity. Indeed, I wonder if (as was the case a few years ago) there will be an intrepid defector from the Google/Facebook et al. cabal showing us how those tech giants manipulated the flow of information to defeat Trump.

As we look back in future years on Election Year 2020, I think the first thing we’ll think of will be COVID-19. Just as the CCP virus wrought havoc in so many individual American lives, so it discombobulated our body politic, too. Had the pandemic never occurred, Donald Trump would have won re-election in a landslide, because the economy was steadily improving and millions of Americans of modest incomes were doing better than they ever had before.

As it is, if the president makes a spectacular comeback and wins re-election, 2020 will be remembered as the year that the CCP virus almost toppled a sitting president—the first American president who took a strong stand against the CCP’s aggressive policies.

If Biden prevails, and if he is weak internationally and unleashes the ruinous socialist hounds on the American economy, then 2020 may be seen as the year that the global balance of power tilted toward China. If that’s the case, the CCP’s policies that enabled the CCP virus to circle the globe will be seen as perhaps the most diabolically effective geopolitical strategy in human history.