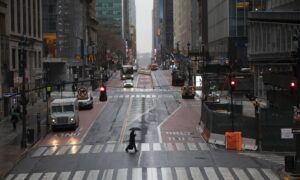 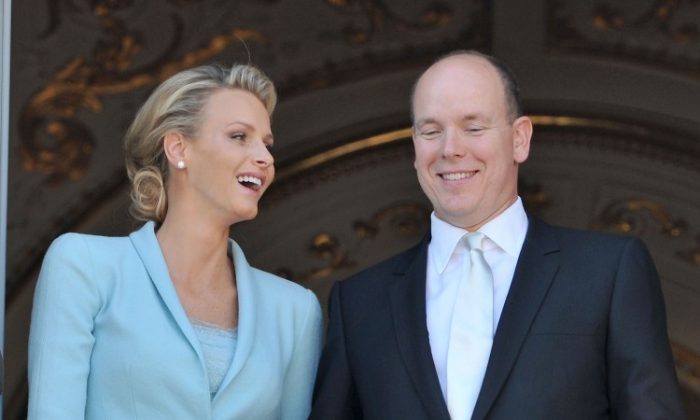 Princess Charlene of Monaco and Prince Albert II of Monaco pose on the balcony after their civil ceremony on July 1, 2011. (Pascal Le Segretain/Getty Images)
CCP Virus

Perspective on the Pandemic: Relationship Between Prince Albert II of Monaco and the Chinese Regime

The CCP virus, commonly known as novel coronavirus, is spreading rapidly around the world. On March 19, Prince Albert II of Monaco contracted the virus and became the first head of state to become infected.

The Epoch Times’ editorial “Where Ties With Communist China Are Close, the Coronavirus Follows” reveals the relationship between the virus and the Chinese Communist Party (CCP), pointing out that the virus spread among countries, cities, organizations, and individuals that have close ties to the Chinese regime.

So then what’s the relationship between the monarch of Monaco and the CCP?

Together, the Silk Road Economic Belt and the 21st-century Maritime Silk Road are commonly known as the Belt and Road Initiative (BRI, also known as One Belt, One Road).

Although the Chinese regime has repeatedly claimed that the BRI is a purely economic project, government officials and think tanks have criticized the initiative for being Beijing’s means of expanding influence while placing developing countries under heavy debt. For example, The New York Times previously reported about a BRI project between China and Pakistan that involved cooperation in developing military aircraft, navigation systems, radar systems, and shipborne weapons.

The Prince Albert II Foundation, established in June 2006, also maintains “close cooperation” with the China Environmental Protection Foundation to carry out projects such as a field observation station for monitoring algae bloom at Lake Taihu in China.

In September 2018, during his 10th visit to China, Prince Albert II signed a series of cooperative agreements with Beijing.

On March 24, 2019, Chinese leader Xi Jinping visited Monaco and commented that China–Monaco relations are a “role model” of cooperation “between small and large nations.”

Prince Albert II hosted Xi and his wife at his palace and implemented “unprecedented” security measures for him, according to Chinese state media. At that time, Monaco prohibited all flights within its airspace and water traffic. Yachts were also prohibited from mooring at luxury ports.

Monaco media Hellomonaco reported on this visit under the headline, “Chinese President’s Historic Visit to Monaco.”

According to Chinese state media reports, Prince Albert II stated that Monaco hopes to expand cooperation with the CCP in all aspects.

The Royal Palace of Monaco stated that the nation was seeking to strengthen trade and economic cooperation with the Chinese regime, but didn’t provide final details of the signed agreement.

Before arriving in Monaco, Xi visited Italy, where he and the then-Italian prime minister signed an agreement for Italy to join BRI.

During Xi’s visit to Monaco, The Associated Press and other media outlets expressed their concerns about Monaco’s cooperation with Chinese tech giant Huawei on 5G telecommunications networks.

On July 9, 2019, after Xi’s visit, Monaco officially became the first country in Europe to be fully covered by 5G with Huawei’s technology as part of its core infrastructure. The United States had tried to warn its European allies about the national security risks of using Huawei equipment, due to the company’s ties with the Chinese military.

On the same day, Serge Telle, the minister of state of Monaco; Xavier Niel, the French businessman who owns Monaco Telecom; and Guo Ping, deputy chairman of Huawei, attended a public event for the formal announcement of Huawei’s 5G networks in Monaco.

What Are the Risks of Huawei?

The Canadian National Post published an opinion article in 2019, whereby the author argued that cooperation with Huawei was tantamount to “surrendering control of the lifelines of our economy and society” to the Chinese regime.

The areas impacted by 5G aren’t just telecommunications, but all areas of human society, the article stated. 5G technology would become the core of finance, health care systems, remote surgery, as well as electricity and water supply. Choosing 5G providers wasn’t only a decision about protecting information security, but also related to the integrity of data and systems that our daily lives depend on, it stated.

Its security issues have been highlighted by U.S. officials.

As early as 2012, Monaco’s main operator, Monaco Telecom, began to cooperate with Huawei.

In February 2019, Monaco Telecom and Huawei signed a memorandum of understanding on 5G cooperation.

In the editorial “Where Ties With Communist China Are Close, the Coronavirus Follows,” The Epoch Times stated: “Taking history as a mirror, as ancient Chinese scholars did, it is apparent that the coronavirus pandemic is a calamity linked with the CCP and its 70 years of brutal rule. And today, the world is an interconnected community. Any country, community, or organization that keeps too close to the CCP and falls for its deception will taste the bitter fruits of that involvement.”