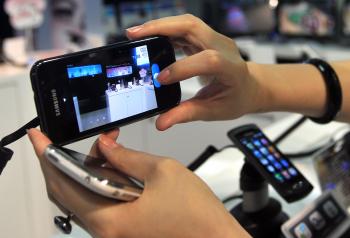 A shopper looks at a smart phone at a shop in Taipei on July 19, 2010. (Patrick Lin/AFP/Getty Images)
News

Personalize Your iPhone By Using JailbreakMe

Following the decision of the Library of Congress to legalize the "jailbreaking" iPhones and other smartphones, a new website called JailbreakMe.com was setup with instructions on how to jailbreak an iPhone, iPod Touch, or iPad which have firmware versions 3.1.2 or higher.

By jailbreaking an iPhone, users can change their wireless providers and install apps from outside Apple's own iTunes App Store.

The founder of JailbreakMe.com has been a pioneer in providing jailbreaking services. The website recommends users to jailbreak the device by directly opening JailbreakMe.com on their browsers, which would initiate the jailbreaking process. Once installed, the application provides reminders of updates and can be removed at any time.

Heavy traffic to the site over the past several days made it difficult for many users to access it. Jay Freeman, who goes by the online handle of saurik and the creator of Cydia, said that he had been working on the server to allow more users to be able to access the site at once. Numerous online tutorials about  how to use JailbreakMe.com and other jailbreak tools have been uploaded on Youtube.

Jailbreaking does not shorten the battery life or limit any existing functions of the iPhone. It allows installation of a number of services such as Cydia, an online repository which will provide access to applications from resources outside Apple's App Store, including free themes, dictionaries, and browsers.

It also allows to change the device theme, carrier name (for those tired of having AT&T), scroll iPhone screens vertically, hide applications, or play free games—functions which are not available in the original device from Apple and AT&T.