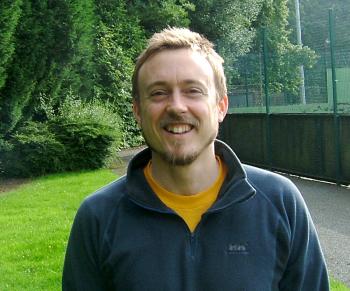 Global Q&A: ‘Has personal debt become a problem in your society?’

Ease of credit, a materialistic society, plus the economic crisis are among contributing factors creating personal debt difficulties for many. This is what Epoch Times reporters from Wellington to the Canary Islands discovered when the asked locals: “Has personal debt become a problem in your society?”

It’s become a big problem for young people, especially students. I think the state should have a role in regulating financial institutions that offer credit, especially to young people who may not understand the ramifications. More generally, people have to take responsibility for their own finances, which can sometimes get lost in the debate. Certainly for me during my student days, access to credit played a really important role at key points. Tightening credit has to be weighed against the legitimate need for access to credit.

Definitely, I think we have created a generation that relies on personal debt and they want everything today, or preferably yesterday. Savings is not an order so, unfortunately, I believe that personal debt becomes a huge big problem in quality of life. And it’s become a really materialistic world, unfortunately.

Well, not for me really, since I’ve got savings enough to overcome these tough times, but for sure people close to me are suffering the consequences of having debts. Especially those whose jobs don’t have an assured fixed income because these people were the ones earning above the mean in good times, but now it is the other way around. And so they are affected by the debts acquired before the economic crisis hit.

Yes, personal debt has become a problem in Poland. Especially among those young people who wanted to start their own business. I know it from research.

Very much so, particularly now, the recession’s upon us. I think everyone’s overstretched themselves, and they’re finding it difficult to dig themselves out. Well, I think most people are struggling really; they’re doing well if they’re keeping their heads above water. They took out mortgages years ago, and as things start to tighten up may lose their jobs, and so forth, but the debt’s still there. I think we all over extend ourselves, and we shouldn’t do, but it’s the only way to get ahead.

Yes, I do believe that personal debt has become a big problem in our society. Simply because from the financial side of things, from the bank’s perspective, there was a period where they gave loans, or offered credit facilities far too easily to a certain age group, it seems, and to anyone with a weak control over their finances. So it was very easy for someone like that to get into a bad debt situation. They have now tightened up on the easy lending because lots of people got into a financial crisis.

I guess student loan is the major part of the personal debt problem for the friends I know in my community. As I am a teacher, I know a lot of the professionals who go to graduate school end up having a lot of debt. This has become a very big problem for them.

In Brazil nowadays, people find many means to acquire goods. Even those people who do not have a good salary, end up buying things on mere impulse of dividing the price in installments. One can buy cell phones, furniture, electronic devices, et cetera—everything in 18 or 24 installments. Many Brazilians are indebted; they don’t know what to do to pay their debts, and become desperate. This turns into a big snowball that grows bigger and bigger every day, and this way they live drowned by debt, and striving to pay for all the things they have bought.

Personally, I have not met anyone among my friends, who did not get, at least once in a lifetime, into a situation where one had to solve one’s economic situation by living in debt. My profession is connected with the teaching of others, but if I had to do only what fulfills me, i.e. to do a creative work, I’d probably have to radically revise my approach regarding living in debt. I know several people who are making a living by their artwork alone, but that’s more of an exception here in Slovakia.

Look for the Global Q&A column every week. The Epoch Times correspondents interview people around the world to learn about their lives and perspectives on local and global realities. Next week’s global question: “How do you get to work each day?”