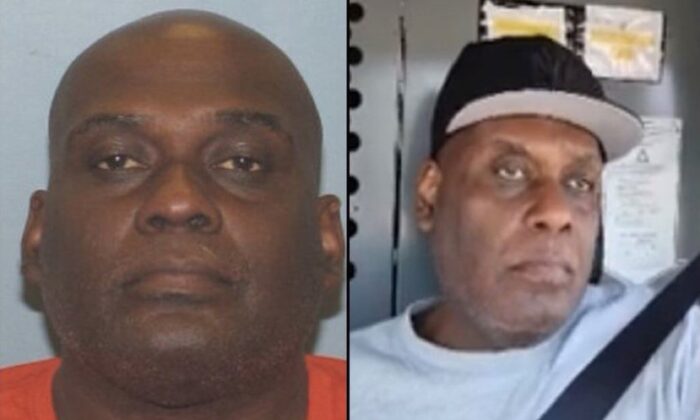 Frank R. James, 62, person of interest in the subway shooting in Brooklyn that took place on a Manhattan-bound train, New York, on April 12, 2022. (NYPD)
Crime and Incidents

Police said they have identified a person of interest in connection to the Brooklyn shooting that injured at least 23 people at the NYC 36th Street subway station in Sunset Park during rush hour on Tuesday morning.

New York Police Commissioner Keechant Sewell told an evening news briefing that Frank James, 62, is a person of interest in the attack. Authorities said he has ties to both Wisconsin and Philadelphia.

No motive has been established for the shooting incident, Sewell said, adding that it isn’t being investigated as an act of terrorism. A shooting suspect has yet to be identified, and James wasn’t named a suspect.

This is Frank James who is a person of interest in this investigation. Any information can be directed to @NYPDTips at 800-577-TIPS. pic.twitter.com/yBpenmsX67

Police said Tuesday evening that an abandoned van was found on a highway in Brooklyn that they believe may have been used in connection with the shooting.

Officials said James had rented the van, and that they are now searching for him.

James Essig, the New York Police Department’s chief of detectives, said at the press conference on Tuesday evening that the shooting suspect fired 33 rounds from a subway car hitting people in the carriage and on the platform. The suspect had also donned a gas mask shortly before opening fire, and released a canister to fill his subway car with smoke.

After the shooting, he fled the Brooklyn platform. The suspect is still at large and considered dangerous.

The incident took place just before 8:30 a.m. on a Manhattan-bound N train, Sewell said. She described the shooter as a black male with a heavy build, who wore a green construction vest and a gray sweatshirt.

Essig added, “We don’t know if Mr. James has any connection to the subway, that’s still under investigation.”

A 9mm handgun, a liquid thought to be gasoline, extended magazines, consumer grade fireworks, a hatchet, and the van keys were discovered at the scene, Sewell said.

The keys led police to the van. The vehicle was rented Monday from a U-Haul store in Philadelphia, according to company records obtained by CNN.

Sewell also said that there may be some social media posts connected to James in which he mentioned homelessness, New York, and Mayor Eric Adams. He said Adams’ security detail had been heightened out of an “abundance of caution.”

At least 23 people were treated at local hospitals. Ten of those injured were shot, FDNY First Deputy Commissioner Laura Kavanagh said, while the others received treatment for smoke inhalation, shrapnel, and panic.

Kavanagh said none of the injuries were life-threatening.

“We are truly fortunate that this was not significantly worse than it is,” Sewell said.