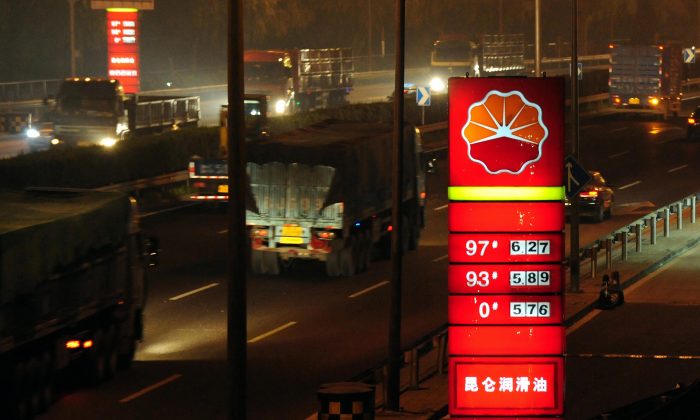 On Dec. 20 the Chinese Communist Party announced that Li Dongsheng, the head of the Party office set up to persecute the spiritual practice of Falun Gong, was being investigated.

On Dec. 21, Eastday.com, a Shanghai online media outlet published a blog post titled “Welcome the New Year With a ‘Crackdown on a Big Tiger.'” The CCP’s current anti-corruption campaign is said to target high-ranking officials—big tigers—as well as “flies,” the lowest-ranking officials.

Both Zhou Yongkang and Luo Gan were formerly members of the Politburo Standing Committee, the top organization in the CCP, and one might have expected an article targeting their close family members to be swiftly deleted. Instead, this article was widely republished on Party-run media outlets.

The CCP does not take such potentially sensitive steps as publishing an article involving officials’ family members casually, and the timing of it, one day after the announcement regarding Li Dongsheng, was surely not a coincidence.

In July 1999 former paramount leader Jiang Zemin ordered the campaign to eradicate the practice of Falun Gong. Jiang feared how popular Falun Gong was and how its traditional teachings might be more persuasive to the Chinese people than the CCP’s ideology.

Zhou, Luo, and Li were personally chosen by Jiang to carry out his campaign, and they are core members of the Party faction grouped around Jiang.

Zhou promoted Li to succeed Luo as head of the 610 Office, the Party organ responsible for the persecution, and Zhou worked closely with Li and Luo to drive forward the persecution.

In a devil’s bargain, power and wealth flowed to Zhou, Luo, and Li, and to their families, as they embraced this vicious work.

Zhou and Li share one other trait. Different media outlets have confirmed from anonymous sources in Beijing that Zhou Yongkang is, like Li Dongsheng, currently being subjected to the Party’s abusive interrogation called “shuanggui.”

There has not yet been any news of an official investigation of Luo Gan.

Zhou Bin and Luo Shaoyu each got very rich off of his relative’s position and power.

Zhou Bin was a major shareholder and the Chairman of Beijing Zhongxu Yangguang Petroleum and Natural Gas Technology Ltd.

On Sept. 25, 2013, Caixin, a Chinese financial magazine, reported for the first time in a mainland China media outlet the misconduct of Zhou Bin and the family of his father- in -law at the China National Petroleum Corporation (CNPC).

Though the report was deleted soon after it was published, relevant articles resurfaced in November. On Nov. 22, caixin.com published a special report about how the CCP had taken down corrupt officials at the CNPC since the end of August 2013.

Luo Shaoyu earned his first pot of gold through his relationship with Luo Gan. In 1997, the Chinese regime’s public security system replaced ordinary cash transport vehicles with bulletproof armoured cars. Making use of his connection to his uncle, Luo Shaoyu made a fortune on this.

Luo Shaoyu used his uncle’s power to recklessly accumulate wealth. In 2010, his net worth reached 5.3 billion yuan (US$876 million), and he became known as the second richest mafia boss in the giant southwestern city of Chongqing.

Family members getting rich off their connections to top Party officials are all too common in China, but their scandals mostly go unremarked on.

There is a Chinese proverb, “Before you hit the dog, look at the master.” When the master holds power, one cannot hit his dog. When a villainous master loses power, his hatchet men are the first to be hit.

Li Dongsheng’s fall is a certain sign that the persecution of Falun Gong by Jiang’s faction no longer being accepted. Li was able to hold his position when first Luo Gan and then Zhou Yongkang were in charge.

The exposure of the two young officials Zhou Bin and Luo Shaoyu shows that they have lost favor, and their patrons have lost power.

The CCP has allowed their scandals to be discussed on the Internet in order to strip any appearance of power from Luo Gan and Zhou Yongkang.

It also wanted to demonstrate that no-one in the CCP will take responsibility for Luo Gan, Zhou Yongkang, and Li Dongsheng’s persecution of Falun Gong.

The Falun Gong issue is the core issue in China. It is not just a moral issue, nor is it just about finding a scapegoat to pin the blame on. The persecution simply can’t be sustained any longer, as the moral, social, economic, and political costs are causing the collapse of the CCP.

So who is going to be shocked when the 2 boys Zhou Bin and Luo Shaoyu are thrown out? Those responsible for the persecution, from the highest levels of the Party down to the lowest cadres. Tigers and flies alike gave very serious attention to the blog post published by Eastday.com on Dec. 21.