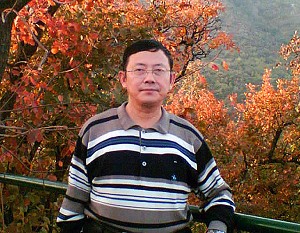 Wang Zhaojun, standing committee member of the Auhui Provincial People's Political Consultative Conference accepted an interview with The Epoch Times after his open letter to Chinese leaders Hu Jintao and Wen Jiabao was published on Oct. 26. In this letter, which was widely published by media outside China, Wang, a current prefecture-level official, as well as a businessman, openly criticized the dictatorship of the Chinese Communist Party (CCP), urging the two leaders to implement political reform and demanding an immediate end to the persecution of Falun Gong.

“Are All Chinese People Wimpy?”

While living in mainland China Wang dared to openly express his dissatisfaction and his criticism of the CCP's persecution of Falun Gong. Meanwhile, he urged political reform and nationalizing of the military, which would remove the military from CCP control. He also spoke out on other issues deemed sensitive by the communist regime. His action has attracted attention both inside and outside of China.

“Are all Chinese people wimpy? Is the root of the Chinese nation so inferior?” said Wang, who later said emphatically to a reporter from The Epoch Times, “At my age, if I still can't speak the words within my heart, then I too would be wimpy. The more the CCP wants to strike at me or suppress me, the more I will struggle to the end. If the situation is truly so, then the CCP exposes itself as nothing more than a dictatorship.”

In the face of the regime's tyranny, Wang didn't feel terrified about writing the open letter. He said, “I absolutely don't care. I am not in fear either, because what I have to say represents the voice of ordinary citizens. If the CCP persecutes me, then it is the same as persecuting the citizens of the entire country.”

Wang said that, “When the regime doesn't think one group should exist under its system, it will start to strike at and try to dissolve it. Then the group will certainly explain the facts about itself, and, in turn, the CCP will suppress it more. The more you appeal, the more the CCP suppresses. This method is designed to create terror.”

He continued, “It is very simple: If Falun Gong were not good, then their own people would stand up to disclose that. Not only has this not been the case, but instead Falun Gong practitioners try to explain the true facts about Falun Gong everywhere. The CCP then suppresses this group more.

“In fact, the persecution of Falun Gong is the same as trying to cover the mouths of the citizens of the entire nation. If this group of people is not being recognized as part of society, then can other people speak out?” Wang thought, “This is not a simple issue of opposing Falun Gong. According to the Constitution, everyone in the whole country should have freedom of speech, freedom of belief, and freedom of association. When the CCP deprives some people of freedom, then it deprives the entire nation of freedom.”

Allow Only One Color?”

“Isn't Falun Gong a cultivation group, believing in 'truthfulness, compassion and tolerance' and meaning no harm at all? China survived the Cultural Revolution, but people lost a lot of their spiritual beliefs.”

Wang said, “Although I am an atheist, we can all live together. Why would a society allow for only one color, for people to speak in only one tone? This is not right. If you deprive people of their rights, then freedom of speech as guaranteed by the United Nation's Universal Declaration of Human Rights, as well as by China's Constitution, is not there at all. This is fundamental common sense.”

Through Gao Zhisheng's open letters to Hu and Wen, Wang started to know more about the CCP's persecution of Falun Gong. He said, “This persecution should not continue.”

Since Wang's open letter has been published overseas, he has received many letters of support from friends in the U.S., Hong Kong, and many provinces in mainland China. He said, “All ordinary citizens strongly support me, including many high-ranking officials of the CCP. They actually understand very well in their hearts.”

Wang said, “The support from all the people shows that we have a common need. It is only that I have spoken out.”

Wang Zhaojun, now 59 years old, was born in Beijing. He has been a factory worker, a soldier of the People's Liberation Army and a middle-school teacher. In 1982, he graduated from Beijing Electric Power College (currently the North China Electric Power University). He invented the first all purpose blown plastic molding machine, which was widely sold to over 30 counties and regions.

In 1988, the Zhaojun Cola he produced won the gold medal from the first Chinese Food Expo. Later, Zhaojun Light Industry Research Institute was developed into Auhui Guobao Ltd. Wang, the director of the board, was elected as a standing committee member of the Auhui Provincial People's Political Consultative Conference. The All-China Federation of Industry and Commerce also rated him in 2002 as the outstanding Private Scientific and Technological Entrepreneur.

In his over-40,000 word open letter, Wang Zhaojun elaborated on the social crises in various aspects of Chinese society, including real estate, the stock market, rising prices, and widespread corruption. He proposed an end to the persecution of Falun Gong and called for freedom of belief and allowing democracy activists living in exile to return to China to build democracy through their joint efforts.