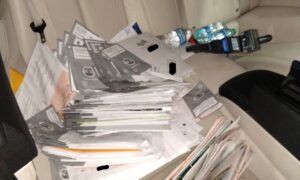 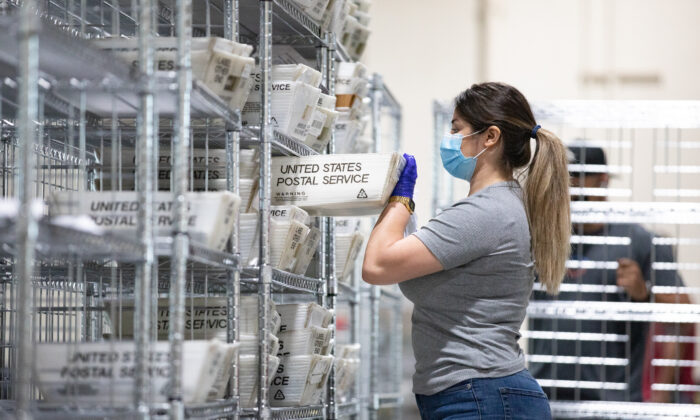 California Gov. Gavin Newsom signed legislation on Sept. 27 making vote-by-mail elections permanent for all registered voters in the state, along with nine other election-related bills.

“Last year we took unprecedented steps to ensure all voters had the opportunity to cast a ballot during the pandemic and today we are making those measures permanent after record-breaking participation in the 2020 presidential election,” he said in a statement.

The nonprofit group has long opposed wholesale vote-by-mail elections, ballot harvesting, and other recent changes to election laws that it claims open the door to the potential for increased irregularities and voter fraud.

“EIPCa is not, and never has been about who won or lost. Our focus is on the integrity of the election process which should result in fair, honest and transparent elections from beginning to end,” the group said in a recent statement. In the Sept. 14 gubernatorial recall election, citizen observers reported a number of anomalies to EIPCa. They include:

The practice of sending vote-by-mail ballots to every registered voter first began in California in 2020 during the COVID-19 pandemic and was extended through 2021.

“When voters get a ballot in the mail, they vote,” Assemblyman Marc Berman (D-Menlo Park) said in the release. “We saw this in the 2020 General Election when, in the middle of a global health pandemic, we had the highest voter turnout in California since Harry Truman was president.”

“The bill will permanently expand access and increase participation in our elections by making voting more convenient and meeting people where they are,” she said in the statement.

“Vote-by-mail has significantly increased participation of eligible voters. Voters like having options for returning their ballot whether by mail, at a secure drop box, a voting center or at a traditional polling station. And the more people who participate in elections, the stronger our democracy and the more we have assurance that elections reflect the will of the people of California.”

“There is no way to prove that,” she said. “It’s like comparing apples and oranges. In 2020, they have no idea what the participation would have been without forcing a vote-by mail ballot down everybody’s throats, because it was a very energetic and contentious election that was bound to have a high turnout anyway.”

Mail-in ballots were sent out to all registered voters in the gubernatorial recall election, and yet the turnout “was nothing to write home about,” she said.

As of Sept. 27, the California Secretary of State reported that recall election turnout was 57 percent. However, county elections officials have until Oct. 15 to report final official results to the Secretary of State’s office, which will summarize and certify the county reports in the official statewide results on Oct. 22.

The recall election resulted in complaints from a number of voters in the counties of Orange and Los Angeles who showed up to vote in-person but were told they had already voted.

Recent changes to elections laws and the voting process in California have also confused and frustrated voters, especially those who chose to vote in-person.

In the 2020 election, EIPCa’s research determined that more than 440,000 ballots were mailed out to voters who had either died or moved out California, but the state has done little to clean up the state’s voter rolls, Weiss said.

“They completely denied the enormity of the numbers that we were able to provide” she said.

EIPCa, a non-partisan group, has been investigating election integrity in the state for the last 11 years.

Most state legislators “had a tendency to address our concerns as if we were these big conspiracy theorists,” she said. “So, the fact that they didn’t even want to work with us and work with the information that we had in order to craft a bill that made more sense was not surprising, but it’s distressing.”

The other nine bills Newsom signed on Sept. 27 are:

• Senate Bill 35 authored by Senator Tom Umberg (D-Santa Ana) makes changes to the distance within which electioneering and specified political activities near a voting site are prohibited;

• Assembly Bill 1367 by Assemblyman Evan Low (D-Campbell) increases penalties for the egregious personal use of campaign funds to up to two times the amount of the unlawful expenditure;

• SB 686 by Sen. Steve Glazer (D-Contra Costa) requiring a limited liability company (LLC) that is engaged in campaign activity to provide additional information regarding the members and capital contributors.