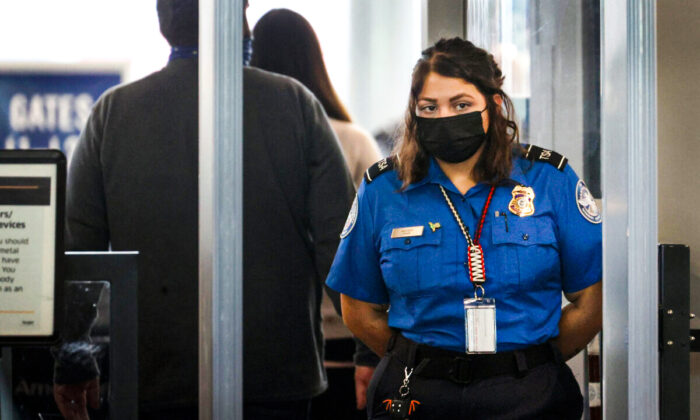 COVID-19 vaccine mandates, a dearth of workers, and an expected rise in demand is poised to create a “perfect storm” that could derail air traffic in the coming months, two top Republican lawmakers warned aviation authorities this week.

“Recent large scale airline operational disruptions have demonstrated our aviation system is operating with very little slack, meaning that even minor issues with worker shortages or equipment and crew availability can spiral quickly out of control. We are very concerned that even a small number of terminations at the FAA and the airlines due to the vaccine mandate will stretch our fragile aviation system to the breaking point during the traditionally busy travel season,” they wrote, urging Dickson to direct his agency to brief them on contingency plans that are aimed at preventing the mandate from disrupting air traffic control services.

In a separate missive to TSA Administrator David Pekoske, the lawmakers said the mandates “combined with a pre-existing worker shortage and anticipated return of holiday air travel demands are compounding and creating the perfect storm.”

“We are extremely concerned about what the vaccine mandate and potential firings might do to a national air transportation system already stretched to it limits. We urge you to do everything in your power to ensure that air travelers will not suffer through long lines, huge wait times, missed flights, or cancelled trips due to a shortage of fully vaccinated TSA screeners,” they added.

Several airlines canceled thousands of flights in recent weeks, including Southwest, though aviation authorities, the companies, and unions have insisted the problems stemmed from weather and mismanagement, not from the mandates.

The FAA and TSA declined to share how many of their workers have complied with the mandate, which has a deadline of Nov. 22 but enables agencies to begin punishing workers who don’t comply on Nov. 9.

“What I can tell you about vaccinations is that federal agencies, including TSA, are laser-focused on vaccinating their workforce ahead of the November 22nd deadline for federal employees,” a TSA spokesperson told The Epoch Times in an email. “Like other federal agencies, we are continuing to collect updated vaccination information from employees as we approach the deadline.”

An FAA spokesperson pointed to Dickson’s testimony before a Senate panel last week. He alleged that he was not seeing any staffing problems from the mandates.

“The difficulties that we’re seeing with some airline’s operations right now, frankly, in my estimation, is due more to changes in consumer behavior,” he said, with scheduling algorithms “disrupted” in March of 2020 and an atypical jump in demand for travel into Florida.

“They probably don’t have as much buffer in their schedules as they had had previously or as they would like. I know that one of the airlines talked about they had a couple of thousand flight attendants who were in the process of being recalled from furlough,” Dickson added. “And so, these kinds of things are just taking some time to catch up on the system. And it is creating more operational exposure when there are disruptive events such as convective weather in the system.”