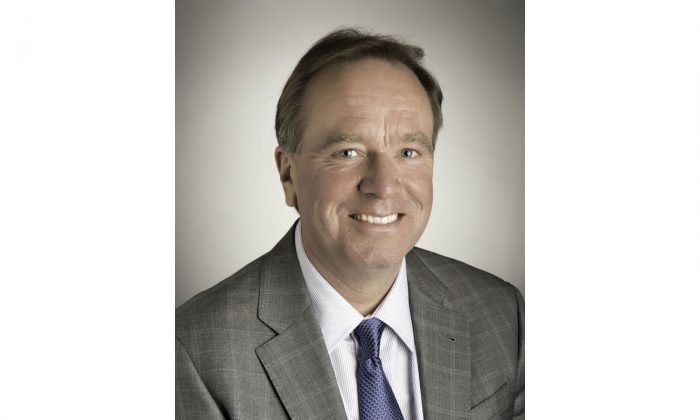 For anyone considering buying a new home, the current market presents a great opportunity.

That’s the opinion of Peter Comyns, vice president of sales for PMA Brethour Realty Group, a leader in new home sales in the GTA and beyond. He sat down with the Epoch Times to share his views on the market and why he thinks it’s an opportune time to buy, especially in the GTA low-rise sector.

The market was on fire in early 2017, with people lining up at new home sales offices several days before projects opened, and homes sold out quickly. Resale homes attracted multiple offers, usually well above listing price. While the condo market was relatively unaffected by the introduction of the Fair Housing Plan in April, it had a major impact on the low-rise sector, causing buyers to step back and take a pause.

“The great thing about real estate is that it self-corrects,” says Comyns. “The buyer’s psyche is based on what he or she feels, and driven by the media.”

The buyers are coming back into the market, but it’s a different scene from the early spring. People aren’t lining up at new home sales centres days before an opening; they are coming, looking at what’s on offer and going away to think about the decision.

“They are interested but not panicked,” says Comyns. “There is time for them to breathe.”

He says there are several reasons why he feels it’s the perfect time to purchase a new low-rise home: buyers have more choice and don’t have to line up to gain access to a home in a new development; people have time to look around and don’t have to rush into a hasty decision; and builders are offering terrific incentive packages.

“I think it’s time for people to take a serious look (at buying a new home),” he says. “It’s a perfect storm.”

Comyns says buyers, who would have had to make a firm offer in the spring to a new home builder, now have some flexibility. Some builders are allowing offers conditional on financing, giving buyers five days to speak to their banks to understand how much they qualify for before they have to make a firm commitment.

Comyns, who trains sales teams, says builders are beginning to understand they have to ramp up their customer service, to follow the example of luxury car dealerships.

“Builders have realized that ‘I need to motivate people to buy from me’ and you have to make them feel good about looking at a new house and to be part of their team,” he says.

Comyns says to watch for more incentives for purchasers, such as whole-house hardwood or laminate offered or stainless steel appliance packages added at no extra cost. With land prices and development fees so high, builders can’t afford to lower new home prices, but they can throw in extras. Low-rise builders are also taking a page from the condo market playbook and looking at how layouts can be better designed to provide more function.

“Buyers look at the volume of space, the fit and finishes.”

New home trends here tend to follow what’s happening in California, a hotbed for new home design innovation, so Comyns says we may soon see secondary kitchens in addition to the main showpiece kitchen, expanses of windows to bring the outdoors in and laundry facilities that include work stations.

Buyers have a range of choices available at present in some prime GTA communities, he says.

“There are some great new developments available in fantastic locations,” says Comyns. One he cites is Whitby— more accessible than ever with the opening of Highway 412 and the 407 extension—as well as north along the Highway 400 corridor in areas such as Keswick.

He says the 905 is becoming “a melting pot” as buyers of all ethnicities, including Chinese, are embracing the market outside of the 416.

“Chinese buyers are very astute,” he says. “They want to know where the highways are, where the schools are, and they recognize a good investment. Density is not for everyone and a lot of Chinese families are living in places such as Whitby and Newmarket.”

While he acknowledges that Toronto’s condo market will continue to flourish, given it has a more affordable price point and Toronto is an exciting place for young people to live, Comyns says not everyone wants to live downtown. Young buyers who have purchased condos now may find they require a different form of housing to suit their lifestyle five years from now.

“Not everyone wants to live downtown,” he says. Millennials have little interest in owning a car but they like to be close to transit and there are developments in the GTA that offer access to GO Transit, restaurants and shopping that will cater to this demographic.

“The low-rise market is healthy and there’s an opportunity to go take your time to look around,” says Comyns.