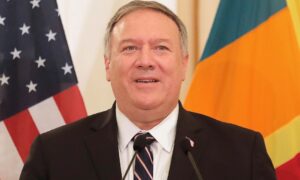 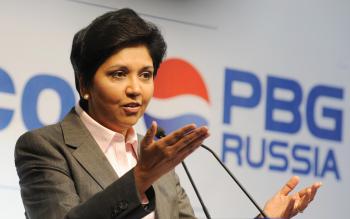 The weak sales were a result of disappointing results at PepsiCo Americas Beverages segment, which recorded a “6 percent decline in volume, 7 percent decline in net revenue and a 5 percent decline in operating profit,” the company said in a statement. The sales drop reflected “continued softness in the overall liquid refreshment beverage category in North America.”

The company’s snack sales were more upbeat—Frito-Lay and Quaker Foods both reported higher revenues and margins in the North American market.

CEO Indra Nooyi said in a statement that consumers are “still feeling the pinch of the global recession despite improving macroeconomic indicators.” More than ever, consumers have become the price conscience, and the company indicated that it would launch new, lower-priced items.

The Purchase, N.Y.-based PepsiCo is also on track to complete its acquisition of two domestic Pepsi bottlers, The Pepsi Bottling Group and PepsiAmericas, Inc. The deals are expected to close late 2009 or early 2010.

The company’s acquisition of bottlers is a clear sign that it wants more control over distribution and negotiations of shelf space in retail locations. In a weak economy, analysts believe that marketing and positioning of the end product could prove pivotal for commodity manufacturers such as PepsiCo.

On the company’s conference call with analysts on Thursday, Nooyi repeatedly mentioned that certain products must be differentiated. Consumers are often faced with several alternative products at once, and for PepsiCo’s beverage business, one alternative is water—which is free.

A case in point is the company’s Gatorade sports drink, which has suffered in recent times. On the conference call, Chief Financial Officer Richard Goodman said that Gatorade’s recent struggles were related to “consumer budget concerns.”

“What we have to be careful about is to make sure that those functional efficacious beverages targeted to specific core groups keep their razor-like focus—laser-like focus on that core group. So for example, Gatorade to the core athlete,” Nooyi said. “We have to make sure we don’t cheapen Gatorade and now we’ve restored it back to the core athletes, we need to build on that core athlete and make sure that we don’t take short-term actions which dilute the brand versus the long-term.”

Another area of differentiation is new products that provide tangible benefits to the consumer.

“We will continue with high levels of investment in R&D to create products that have true science-based differentiation and will enable us to accelerate our health and wellness transformation,” Nooyi said.

But the company believes that ultimately, it should benefit from consumers spending less.

Consumers will “take the monies they were spending in food away from home and then bringing it back to food at home because it is still much less expensive to eat at home,” Nooyi continued.

And for PepsiCo, eating at home could mean more Pepsi Cola bottles in the fridge and Frito-Lay chips in the pantry.