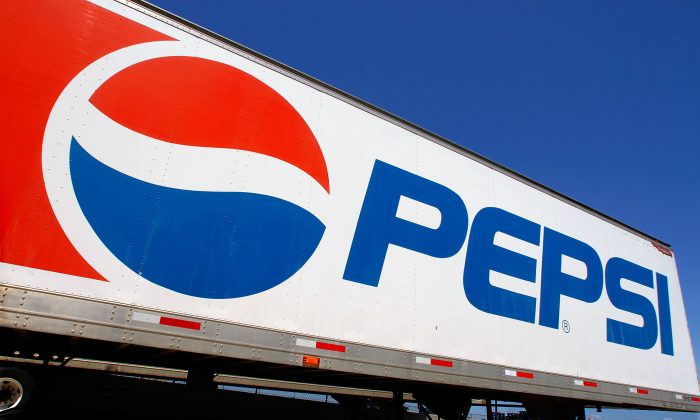 FILE - In this photo taken May 16, 2011, file photo, the Pepsi logo is seen on a delivery truck at Walmart in Springfield, Ill. (AP Photo/Seth Perlman, File)
Business

NEW YORK—PepsiCo is looking to launch a line of “craft” fountain sodas made with sugar in hopes of appealing to people who may shun big soda brands.

The company, based in Purchase, New York, says Stubborn Soda will be made with sugar, rather than the high fructose corn syrup used to sweeten many other sodas like Coke and Pepsi.

The line of sodas, which was first reported by the industry tracker Beverage Digest, will include flavors like black cherry with tarragon, orange hibiscus, pineapple cream, and agave vanilla cream.

The push to develop a market for ‘craft’ sodas comes as Americans have been cutting back on carbonated drinks generally.

The push to develop a market for “craft” sodas comes as Americans have been cutting back on carbonated drinks generally, with people turning to a growing number of teas, waters, and other choices in the beverage aisle.

Food and beverage executives say people are increasingly buying things they feel are natural or wholesome. The trend has also prompted Coca-Cola to introduce Coke Life, which is sweetened with a mix of sugar and the plant-derived sweetener stevia.

To keep up with changing tastes, there are signs that restaurant chains are also looking to shake up their drink menus. Chipotle, which serves Coca-Cola fountain drinks, this past summer began testing a root beer that is organically sweetened. A spokesman for Chipotle, Chris Arnold, said in an email the test is ongoing, with the possibility of expanding it in coming months.

Gina Anderson, a PepsiCo representative, said Stubborn Soda is in an “incubation” phase and that the company doesn’t yet have any restaurant clients to announce.

“It’s very new, they’re still learning from it and reaching out,” she said.

PepsiCo says its Stubborn Soda line is a follow-up to its recent launches of Caleb’s Kola and Mountain Dew Dewshine, which are sold in glass bottles and positioned as “craft” sodas.