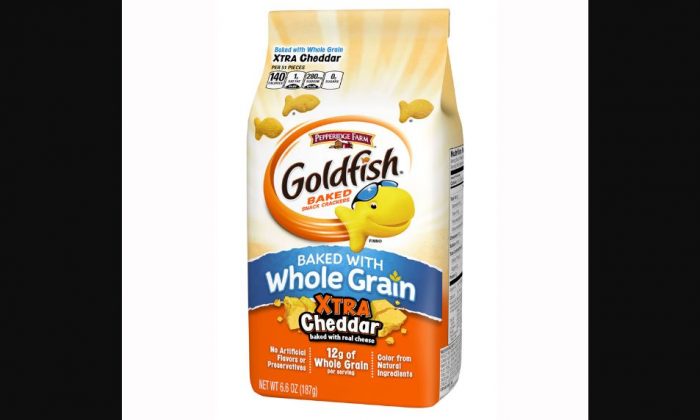 Pepperidge Farms is recalling four types of Goldfish crackers due to fears over salmonella, the latest in a string of foods linked to the bacteria.

“Pepperidge Farm is voluntarily recalling four varieties of Goldfish crackers out of an abundance of caution, due to the potential presence of salmonella in an ingredient, whey powder,” the company said in a statement.

The other type was the company’s “Goldfish Mix Xtra Cheddar + Pretzel Crackers.”

The recall is the latest in the United States over links to salmonella, a bacteria that causes about 1.2 million illnesses a year in the country, as well as 450 deaths.

Multistate outbreaks have been linked to a number of products recently, including Hy-Vee’s “Spring Pasta Salad.” At least 21 people were infected with salmonella linked to the salad, and five of those were hospitalized.

Other recent outbreaks include pre-cut fruit, including pre-cut melons.

According to the Centers for Disease Control and Prevention, most people infected with salmonella develop diarrhea, fever, and stomach cramps between 12 and 72 hours after being exposed to the bacteria.

The illness can last up to a week and most people recover without treatment, although experts recommend plenty of bed rest and fluids.