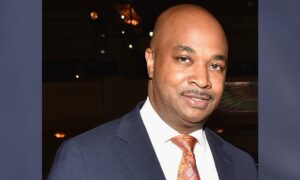 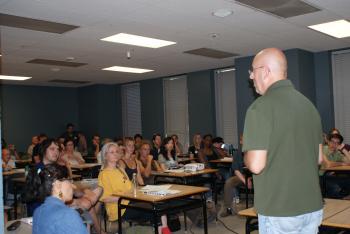 People’s Summit Provides a Forum for Everyone

By Lisanthi Caldera
Print
With the backing of the Council of Canadians, GreenPeace Canada, labour organizations, environmental groups, and progressive think tanks, the People’s Summit was billed as an alternative to the G8 and G20 summits taking place this week in Ontario.

Held in Toronto from June 18 to June 20, the People’s Summit featured workshops, film screenings, and panels, with lectures on global justice, the environment, gender, and economics. It was open to everyone, and everyone was free to voice their opinions and concerns about the state of the world.

More than 100 groups from Canada and other countries participated, with about 180 sessions organized in five main themes: Global Justice, the Environment and Climate Change, Human Rights and Civil Liberties, Economic Justice, and Building the Movement. Participants were offered open space sessions to discuss key issues.

The summit aimed to build solidarity across movements and ensure all voices were represented. Coordinator Marya Folinsbee said in a press release that the summit had “more legitimacy in representing the aspirations of the people of the world than the G8 and G20 can ever claim.”

“The G20 wants to maintain the status quo for its own benefit. The rest of the world wants change,” she said.

Tony Clarke, director of the Ottawa-based Polaris Institute, said that moving to a greener economy is an issue that should take front and centre at the G20.

“One of the major issues that needs to be addressed by the global leaders in the G20 is how to make the great transition from the kind of purely industrial economic model we have now to a clean sustainable economic model for the future,” he said.

However, he’s not holding his breath.

“The civil society has no way of really expressing our voice or opinion in the court of the G20. The only chance we have is talking with our own government, and in this case unfortunately the government we have in power will not listen. There will be action on the street—that is all people can do.”

Eric Darrier, Quebec director and agriculture campaign Coordinator with Greenpeace Canada, said that because participants in the People’s Summit were not invited to the G20, “I think it is important to be with other NGOs to say that another world is possible.”

He criticized what he said was Prime Minister Stephen Harper’s refusal to raise the issue of climate change with G20 leaders.

“Canada doesn’t want to give tough means to reduce carbon emissions, so how can we expect other countries when it is far less per capita like China or India to make a useful contribution to fight against climate change if we in northern countries are incapable of actually making significant reduction in our green house emissions?”

Summit attendee Gabriel Nicolau said he is “infuriated” with the governments involved in the G20.

“I don’t agree with any of their actions. I won’t engage in violence, I don’t believe in it, but they are going to hear my voice along with everyone else’s. I would like to see all of them thrown out of power and replaced by truly democratic, responsible governments that respect human rights and respect the earth that we all need to survive.”

Nicolau said the People’s Summit provided an ideal chance to network with like-minded people.
“To me this is one of the greatest opportunities we ever had in Toronto to network with people that are doing exactly the same work that we are doing or related work, or work we can cooperate on,” he said.

Attendee Donna Marie Marchand, a retired constitutional lawyer and street musician, had a message for the G20 leaders.

“We are not alone, and you are going to find yourselves more and more alone. So I pray for you because you have all that power and still need more, your heart must be really wounded. So I pray for your wounded heart.”