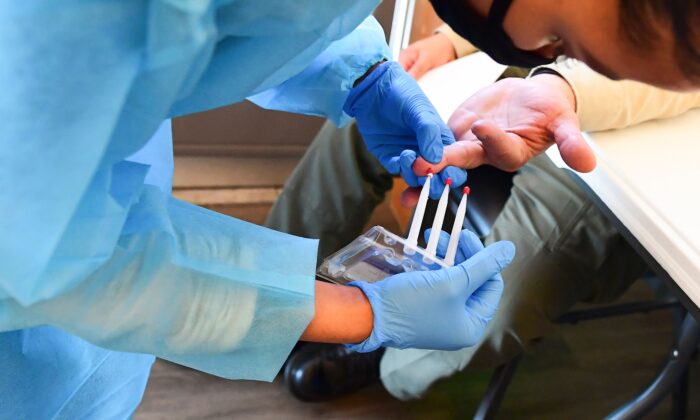 A person is tested for COVID-19 antibodies in Pico Rivera, Calif., on Feb. 17, 2021. (Frederic J. Brown/AFP via Getty Images)
By Zachary Stieber