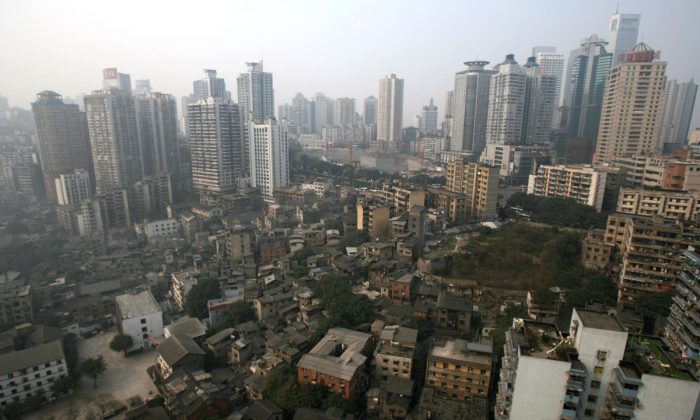 A three-year-old boy fell from a six-story apartment balcony after he lost his grip, but was saved by a group of people who used a blanket to catch him, according to Chinese online media outlet Pear Videos.

The child suffered minor injuries to his head and legs, and did not sustain life threatening injuries.

Residents at the housing community in China’s Chongqing metropolis city rescued the child on July 29, according to Pear Videos.

The child was alone in the apartment before he crawled over the railing on the balcony.

Some of the residents recorded the incident on their cellphones and later shared the footage online.

An unnamed residence manager working in the housing community told Pear Videos that the boy had been left home alone while he was asleep. The grandmother, who had been watching over him, went out to go buy food to prepare a meal.

“The child was at home sleeping, and after he woke up he may have been looking for the adults,” the manager told Pear Videos. “When he didn’t find them, he tried to go off the balcony.”

When the grandmother returned home, she saw the boy dangling from the balcony edge, according to Pear Videos. In the video, the child is seen attempting to crawl back up the side, but is unable to do anything but hold on.

The grandmother then ran outside, asking for help. The custodians had a blanket, and they immediately brought it over. “They were going to throw it away but luckily they didn’t,” the manager told Pear Videos.

They opened the sheet and rounded the edges under the child. “[He hung] for about three to four minutes,” the manager told Pear Videos. Then the inevitable happened.

Screams of terror rang out as the boy lost his grip and fell toward the group, toppling over once before landing on the sheet.

“We took him to the residence officer. The boy said his head and legs hurt,” the manage told Pear Videos. “He may have been frightened, or maybe he twisted his foot when he fell.”

The manager said that they called the ambulance service, but the grandmother came into the office and took the boy away on her own. The report did not confirm if the child later went to the hospital or not.