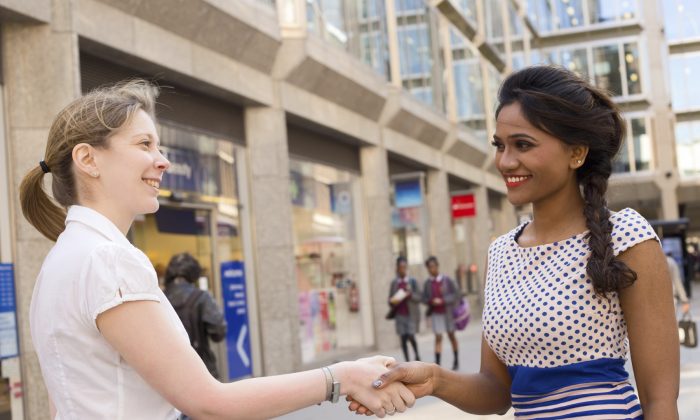 People Put You in One of These Two Categories When They Meet You, Says Harvard Psychologist

Amy Cuddy, a professor at Harvard Business School, has studied how people judge each other in their first encounter for 15 years. In research done across more than two dozen countries, she found the same clear, distinctive patterns.

People ask, and answer, two questions when they first meet you, Cuddy writes in her new book “Presence”:

Psychologists refer to these attributes as “warmth” and “competence,” and they found that people have a tendency to see them as mutually exclusive, typecasting others as “lovable fools” or “competent jerks.”

“Usually we think that a person we’ve just met is either more warm than competent or more competent than warm, but not both in equal measure,” Cuddy writes. “We like our distinctions to be clear—it’s a human bias. So we classify new acquaintances into types. Tiziana Casciaro, in her research into organizations, refers to these types as lovable fools or competent jerks.”

That doesn’t mean that people can’t both trust and respect the same person, they’re called “lovable stars,” we just have a tendency to see things in one way or the other. People who are both untrustworthy and incompetent are categorized as “foolish jerks.”

However, most people tend to think that other people value competence more. When Cuddy surveyed her students, friends, and business executives, she found that most would rather seem competent than trustworthy. This, Cuddy says, can lead to common mistakes in life and work.

“I’ve seen many MBA students learn this the hard way during their summer internships,” Cuddy writes. “Often these students are so determined to show everyone that they’re the smartest and most competent of the bunch that they overlook the costs of their strategy. It can make them seem cold and aloof.”

Many of them don’t get the internship, not because they were incompetent, but because they didn’t “play well with others.” Cuddy cites a 2013 survey as evidence that this is widespread. Of the 51,836 leaders who were well rated by their employees, only 27 were ranked in the bottom fourth for likability and the top fourth for general leadership effectiveness.

She added: “If someone you’re trying to influence doesn’t trust you, you’re not going to get very far; in fact, you might even elicit suspicion because you come across as manipulative. A warm, trustworthy person who is also strong elicits admiration, but only after you’ve established trust does your strength become a gift rather than a threat.”