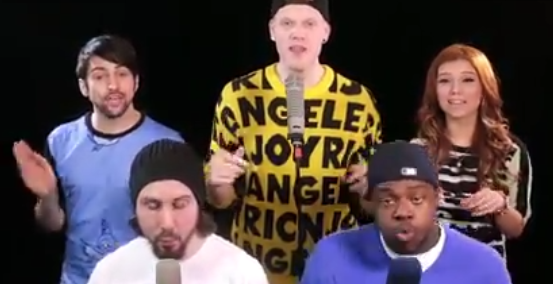 Pentatonix, the famed cappella group, has released a cover of Pharrell’s “Happy” song.

The group was already well-known but gained greater fame after releasing a version of “Little Drummer Boy” last winter.

Pharrell’s song shot to the top of the most listened to singles in the United States after it was released after being produced for the Despicable Me 2 soundtrack.

It also topped the charts in 19 other countries.

“Happy” was nominated for Best Original Song at the Oscars but lost to “Let It Go” from the movie Frozen.

Check out Pentatonix’s version below.