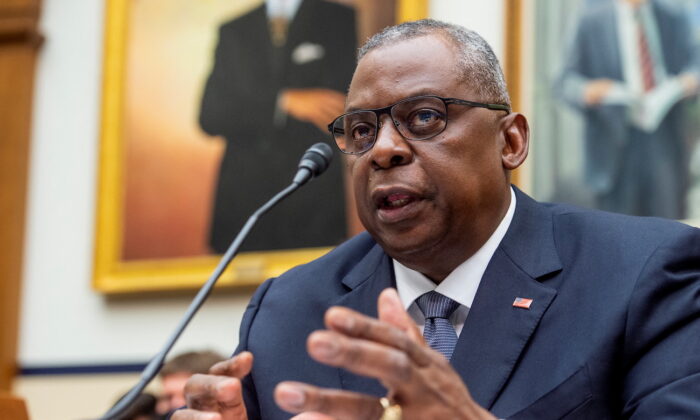 U.S. Secretary of Defense Lloyd Austin spoke with his counterpart in China for the first time on April 20, after more than a year in his position. The call came amid increasing global concern over the Chinese Communist Party’s (CCP) partnership with Russia and its continued threats against Taiwan.

According to a statement from the Pentagon, Austin intended for the call to be a follow-up to the virtual meeting between President Joe Biden and Chinese leader Xi Jinping in March. Biden threatened unnamed “consequences” during that meeting should Xi support the invasion of Ukraine with material support for Russia.

The Sino–American relationship has become strained to what is arguably its lowest point amid the Chinese regime’s escalating military harassment of self-ruled Taiwan, its continued suppression of ethnic and religious minorities, and newly revealed allegations that the CCP engaged in a series of attempts to stalk, intimidate, and attack U.S. citizens on American soil.

According to the AP, Austin raised concerns with Wei over the CCP’s continued campaign of intimidation against Taiwan, in which Chinese military aircraft frequently enter Taiwan’s air defense identification zone, thus demanding that the Taiwanese military scramble jets in response.

Compounding the tensions is the CCP’s relationship with Russia. Although the regime in Beijing has made superficial attempts to distance itself from Russia’s invasion of Ukraine, it has declared that international financial sanctions against Russia have no legal basis and has worked to shore up trade relations with the nation, even as global leaders warn the CCP of dire economic consequences should it continue on its current path.

A statement from Beijing regarding Austin and Wei’s call used the occasion to reassert the CCP’s claim that Taiwan is part of China and to threaten a further worsening of tensions should the United States not bow to the regime’s wishes on the subject.

“If the Taiwan issue were not handled properly, it would have a damaging impact on Sino–U.S. relations,” Wei said, according to a statement published by the defense ministry.

Taiwan has been self-governed since the inconclusive cessation of hostilities in the Chinese Civil War in 1949. It has never been controlled by the CCP. The communist regime has vowed to bring the island under its control, by force if necessary.