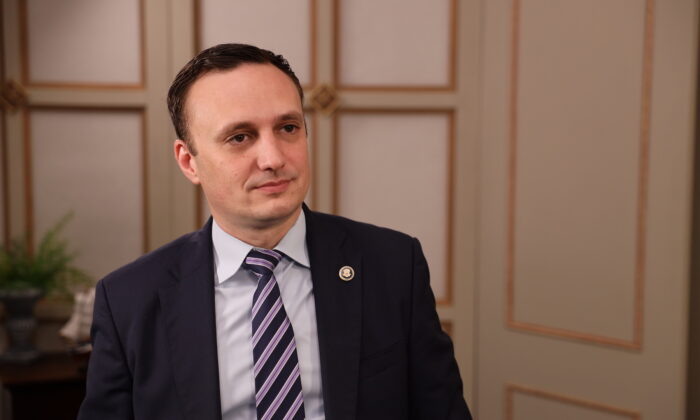 Andrew Thornebrooke
Reporter
Andrew Thornebrooke is a reporter for The Epoch Times covering China-related issues with a focus on defense, military affairs, and national security. He holds a master's in military history from Norwich University.
View profile
Follow
and Steve Lance

Waste, mismanagement, and a general unwillingness to adopt new ways of doing things are preventing the U.S. military from contending with China in several critical and emerging technology fields, according to one former Pentagon official.

“[There’s] a lot of silos and egos, kind of slowing the urgency or, at the very least, not admitting often that China is leading the way in some of these fields that will define who is going to win the next battle,” Chaillan said during an Aug. 30 interview with NTD, a sister media outlet of The Epoch Times.

Chaillan said that the fast pace at which the CCP was acquiring advanced technologies, both through partnering with U.S. companies and outright theft, was a major cause of concern for national security.

More than that, however, he said there was a lack of drive at the Pentagon to combat the threat.

“You see complacency in the building,” Chaillan said.

“We hear the leadership but talk the talk, but not walk the walk.”

Chaillan, who resigned from his post as the Air Force’s first chief software officer due to the Pentagon’s lack of action on China and other issues last year, said the DOD was still failing to adopt the central practices that drive most all modern tech companies and innovation.

Further, he said, it was squandering massive amounts of resources in the process.

“All these key principles that you see on the commercial side to be able to create innovation and be able to get things done are not yet adopted in DOD,” Chaillan said.

Gen. John Hyten, vice chairman of the Joint Chiefs of Staff at the time, said in October 2021 that the DOD bureaucracy was “brutal,” and that a risk-averse culture among military leadership was stifling technological development and allowing the CCP to seize the advantage in critical sector, including hypersonic weapons.

“The pace [at which China is] moving and the trajectory that they’re on will surpass Russia and the United States if we don’t do something to change it,” Hyten said. “It will happen.”

“We can go fast if we want to. But the bureaucracy we’ve put in place is just brutal.”

For his part, Chaillan said he fears the United States is reaching the point of no return in its competition with China.

Describing Pentagon leaders as “complacent and clueless,” Chaillan said the relationship between the military and civilian contractors in the United States was poor, and that activist values at tech companies were leading U.S. companies to not work on military projects for the Pentagon while still carrying out projects for the CCP.

“It’s always been funny to me how companies don’t want to do business with the Department of Defense and yet many of the employees pay very little attention to what’s going on in China with the same companies,” Chaillan said.

“They are fine taking that kind of funding, but they have a problem now getting engaged in the real mission that is DOD, which is not about business. It’s about lethality and the ability to have the deterrence of all these capabilities.”