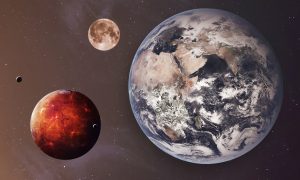 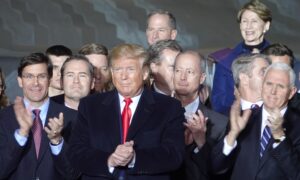 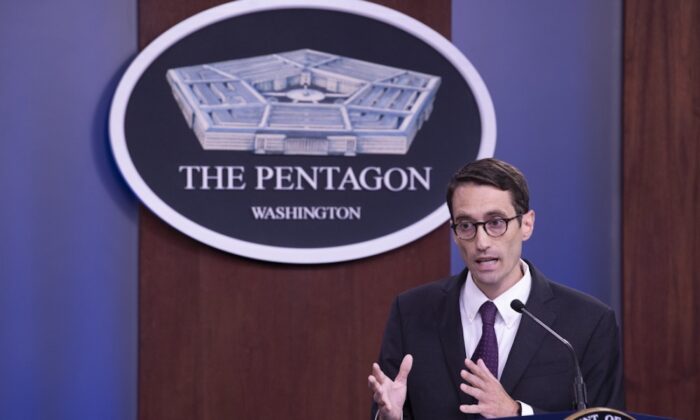 Pentagon Releases Strategy for US Superiority in Space

The Department of Defense on June 17 released its Defense Space Strategy, which will serve as a roadmap for how it will go about ensuring a “secure, stable, and accessible” space domain for the United States and its allies, while advancing U.S. military space power.

“The Defense Space Strategy is the next step to ensure space superiority and to secure the Nation’s vital interests in space, now and in the future,” Secretary of Defense Mark Esper said in a statement. “We desire a secure, stable, and accessible space domain that underpins our Nation’s security, prosperity, and scientific achievement.

“This strategy identifies a phased approach on how we are going to achieve the desired conditions in space over the next 10 years.”

According to the strategy (pdf), China and Russia pose the “most immediate and serious threats to U.S. space operations.” Threats from North Korea and Iran are also growing, it noted.

Deputy Assistant Secretary of Defense for Space Policy Stephen Kitay told reporters at a press briefing on June 17 that China and Russia have “weaponized space and turned it into a war-fighting domain.”

He said the documents “have over 60 pages of information on threats, including capability, doctrine, and organizations.”

“These documents will tell you that China and Russia are developing and planning to use these capabilities that threaten our space systems and those of our allies,” he said.

Kitay pointed out that since the publication of the reports, China and Russia continue to conduct “highly sophisticated on-orbit activities which pose unprecedented new dangers to U.S. and allied space systems.”

The space defense strategy document noted that China’s and Russia’s actions present “the greatest strategic threat” due to their “development, testing, and deployment of counterspace capabilities” and their “associated military doctrine,” which are designed to threaten the freedom of the United States and allied military operation in space.

“We have to implement enterprise-wide changes to policies, strategies, operations, investments, capabilities, and expertise for this new strategic environment,” Kitay told reporters.

“The defense space strategy defines the strategic environment and the critical moment that we’re at, and in turn, identifies the ends we’re trying to achieve, the ways we’re going to achieve them, and the means to do so. The strategy is about ends, ways, and means.”

He goes on to outline the Pentagon’s three objectives:

“First—Maintain space superiority. The DOD will preserve freedom of operations in the domain and we will be prepared to protect and defend our interests from the hostile use of space.

“Second—Provide space support to national joint space operations. We use space to improve life here on earth, and the DOD will continue to provide critical space capabilities to the joint and combined force.

“Third—Ensure space stability. Our focus is to deter aggression and to maintain a safe and sustainable environment. The DOD will be a good steward of the domain.”

The Pentagon has four “priority lines of effort” to achieve its goals in space, outlined in its defense space strategy: