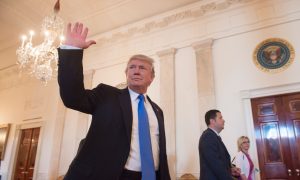 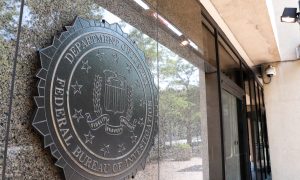 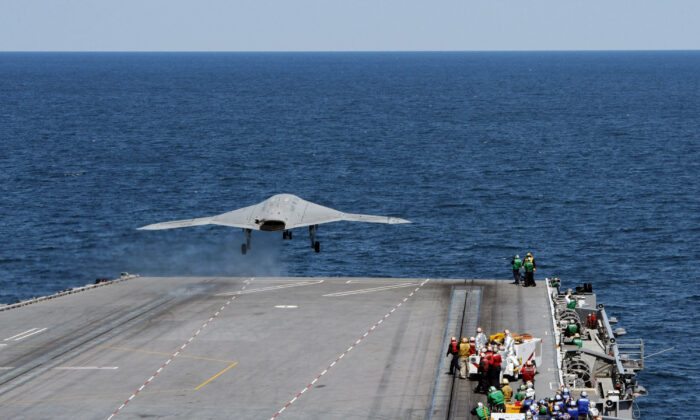 Pentagon Pushes Back Against Requirement for Unclassified Database of Spending Plans

The Pentagon is pushing back against a new law requiring that it compile data from 5-year spending plans into a single public digital database.

The Department of Defense has yet to comply with the 2018 legislation and now wants to overturn it, saying that the database could be mined and classified information inferred, revealing important strategic information to America’s foes.

However, some analysts and politicians have shown distaste for the Pentagon’s proposal to unpick the new requirement, saying such transparency ultimately will strengthen the military’s strategic hand.

Every year, the Department of Defense creates a detailed classified projection of spending for the next five years—the Future Years Defense Program (FYDP)—for its own internal planning purposes.

Information from that program, with its complex coding system, is made available to Congress along with the annual budget proposal proper.

“The FYDP is generally submitted to the congressional committees with jurisdiction over defense matters, “according to the Congressional Research Service. “While the data structure of the FYDP is unclassified, the actual FYDP data is classified.”

But until now, that information hasn’t come as a single cross-referenced set of data and no formal unclassified version is available.

In 2017, Congress tried to address that by adding an amendment into the 2018 National Defense Authorization Act, said Frederico Bartels, the top defense budget analyst at the Heritage Foundation.

“In FY 2018, the NDAA requested that DoD consolidates all of this 5-year projection data into one unclassified document and submitted that to Congress, to the Congressional Research Service, to the Comptroller’s offices and a few other institutions,” he said.

That change is exactly what the Pentagon now wants to undo, Bartels told The Epoch Times.

“What they don’t want to do is to consolidate all of that data in those documents that Congress requested and that would necessarily give visibility into areas that nowadays they don’t allow any visibility.”

Those areas include things like operations and maintenance expenditures and military personnel projections, says Bartels.

The Pentagon’s proposal to overturn the new requirement was unearthed by the Federation of American Scientists (FAS) at the end of March.

In its four-page explanation, the proposal states: “The FYDP is designed as an internal Department of Defense (DoD) decision tool. It presents a coherent view of the Department’s program, and to be of use the FYDP must integrate classified and unclassified information and make their relationships explicit.

“The Department is concerned that attempting publication of unclassified FYDP data might inadvertently reveal sensitive information. With the ready availability of data mining tools and techniques, and the large volume of data on the Department’s operations and resources already available in the public domain, additional unclassified FYDP data, if it were released, potentially allows adversaries to derive sensitive information by compilation about the Department’s weapons development, force structure, and strategic plans.”

The Pentagon says that the data would be greater in breadth and depth than in any other document it currently produces.

“The Department would welcome discussions on an alternative that would provide the Congress with the information they require to satisfy their oversight requirements,” says the document.

The FAS has criticized the proposal.

‘Defense is a Team Sport’

“At a time when it is clear to everyone that U.S. national security spending is poorly aligned with actual threats to the nation, the DoD proposal would make it even harder for Congress and the public to refocus and reconstruct the defense budget,” said the FAS.

After the FAS drew attention to the proposal, the Pentagon clarified that it would continue to provide the same classified information as before, but that it was only pushing back against the 2018 amendment.

“The 2018 NDAA required a formal unclassified version of the FYDP report,” a Pentagon spokesperson said in a statement to Military.com. “The Department has not to date complied with that request because we are very concerned that providing that level of detail for the outyears might put critical information at risk and breach classification standards.”

Bartels says the main problem with the DoD’s proposal is that it denies other parts of the defense system—including Congress, the defense industry, and analysts—to fully play their role.

Bartels said that compared to most nations, and even compared to other departments, the U.S. Department of Defense generally has a very high level of transparency regarding military spending.

However, he said that transparency has frosted up a little in recent years, especially when Secretary James Mattis was at the helm in 2017.

Thomas Mahnken, a former Pentagon official and now CEO of the Center for Strategic and Budgetary Assessments, also notes the same shift under Mattis.

That tightening of information coincided not just with a new administration but with the military explicitly pivoting away from counterinsurgency to renewed “great power competition” with Russia and China, Mahnken told The Epoch Times.

“Certainly, as concern over, say, competition with Russia and China has grown, I can see why people are paying closer attention to what we say and what we don’t say.”

The 2018 National Defense Strategy, which marked that pivot to great power competition, is an example of the change in approach, he says.

“The document that we all see is just the overview of the National Defense Strategy. The document itself is a classified one. Whereas the previous national defense strategies, previous quadrennial defense reviews, were unclassified documents that had classified annexes.”

But while some people might eye the hidden budgets of China and Russia with envy, Mankhen says that strategic secrecy and open democracy are not an either-or choice.

“My basic view is that we can do both. We protect the information that needs to be protected but also provide Congress and the American people with the level of transparency and the level of visibility in the defense budget that they justifiably look for.”

He also notes that “Historically, democracies have proven quite adept at deception themselves.”

Seamus Daniels, a budget analyst with the Center for Strategic and International Studies, described the DoD’s proposal as a “serious step backward in transparency.” Writing on Twitter, he said “DoD’s proposal to eliminate the unclassified FYDP severely limits the public’s ability to track how strategy aligns with budgets and how program plans change over time.”

Rep. Mac Thornberry (R-Texas), the ranking member on the House Armed Services Committee, said he has yet to hear the Pentagon make their case for the changes, but thinks it is unlikely to get through Congress.

According to Military.com, he told reporters that the House believes “that the greater good is the transparency with the American people. So that’s our default position, I think in both parties.”

Mahnken says he isn’t sure just how big of a deal this will become for lawmakers. “My suspicion is that the Pentagon is likely to face pretty strong bipartisan pushback from the Hill, he said. “I don’t imagine this is a popular approach on the Hill.”