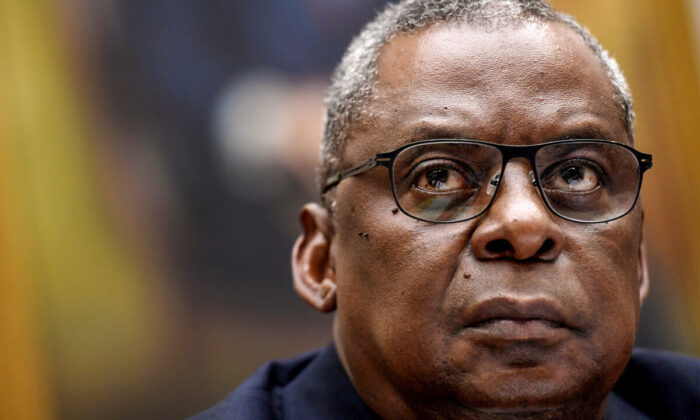 The Department of Defense has been ordered to outline in detail how service members can apply for religious exemptions to its COVID-19 vaccine mandate, as well as how officials decide whether to approve or deny such requests.

Pentagon officials must explain in detail how troops can apply for a religious exemption, the procedure for resolving the request, the criteria by which applications are judged, and the procedure the people deciding on each request use to judge them, U.S. District Judge Steven Merryday, a George H. W. Bush appointee, ordered on Oct. 29.

The Pentagon must file the details by Nov. 12.

In addition, military officials must give “a precise statement of the number of requests in each branch for a religious exemption from receiving a COVID-19 vaccine; the number of requests granted, denied, and pending; the number of people in the armed forces who are unvaccinated and who have submitted no request for exemption; the number of people whose application is resolved and who have received some change in the terms and conditions of their service, including separation of any kind; and the categories of results that have occurred and how many of each kind of result has occurred,” Merryday wrote.

Some of those details, including how many religious exemption requests have been granted and denied, haven’t been made public. The military has rejected requests to disclose those figures.

The order comes in a case brought against the military and other parts of the federal government. The class-action lawsuit alleges that federal vaccine mandates violate multiple laws.

At issue is the fact that COVID-19 vaccines are being mandated, but the only version with Food and Drug Administration approval wasn’t available in the United States as of Oct. 13.

Liberty Counsel, a law group representing the plaintiffs, says that means defendants, including Defense Secretary Lloyd Austin, are in violation of the Federal Food, Drug, and Cosmetic Act. Plaintiffs are also claiming that the Religious Freedom Restoration Act and the First Amendment are being violated.

Plaintiffs include members of the Army, Navy, Marines, Air Force, and Coast Guard.

The first military mandate deadline is Nov. 2. Each branch set different deadlines by which members must become fully vaccinated against the CCP (Chinese Communist Party) virus, which causes COVID-19.

The defendants are set to file a response to the plaintiffs’ motion for a preliminary injunction, or a temporary block of the mandates, by Nov. 4. Lawyers for the government said in a separate filing that they’ll address the claims that the mandates are in violation of the law.

“In addition to addressing these claims, defendants’ memorandum will also address numerous threshold constitutional questions of jurisdiction under Article III, none of which were addressed by plaintiff,” they wrote.

A hearing in the case is scheduled for Nov. 15 at the federal courthouse in Tampa, Florida.