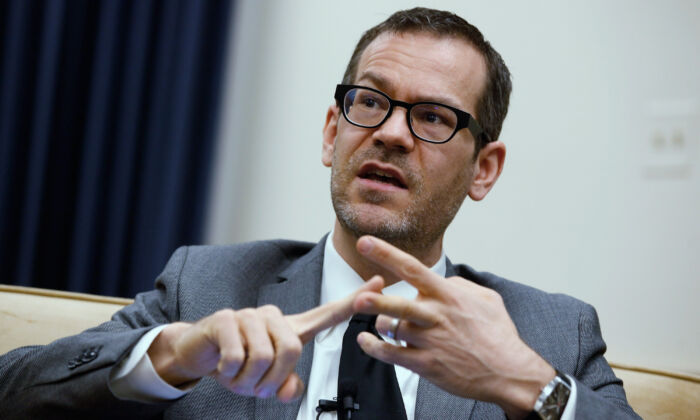 A top U.S. military official offered payments to relatives of Afghans who were killed in an errant Aug. 29 U.S. drone strike in Kabul, the Department of Defense said on Oct. 16.

Colin Kahl, the U.S. undersecretary of defense for policy, conveyed the offer to Dr. Steven Kwon, founder and president of Nutrition and Education International (NEI), a Pentagon spokesman told The Epoch Times in an email.

The spokesman declined to say how much money was offered and whether the offers were accepted.

NEI is a nonprofit based in California aimed at improving the lives of women and children in Afghanistan.

Zemari Ahmadi, one of 10 Afghans killed by the strike, worked for the nonprofit. The nine others who died were all related to Ahmadi.

The strike hit a home belonging to the family in Kabul in the wake of a suicide bombing attack on the airport in the city, which U.S. troops were holding at the time to help evacuate Americans, Afghans, and others before fully withdrawing from the country.

U.S. military leaders initially said the strike was successful and took out a member of ISIS, a terrorist group that took credit for the attack. But officials later said no ISIS members appeared to have been killed and the strike wasn’t successful.

“Our investigation now concludes that the strike was a tragic mistake,” Marine Corps Gen. Kenneth McKenzie Jr. told reporters during a briefing in mid-September.

He said that among the civilians killed by the strike were up to seven children and that “we now assess that it is unlikely that the vehicle and those who died were associated with ISIS-K or were a direct threat to U.S. forces.”

NEI said at the time that it was appreciative that McKenzie cleared Ahmadi and his family of “false accusations” linking them to ISIS and that the Department of Defense was exploring “ex gratis payments to Zemari’s remaining relatives and others involved in this unfortunate incident.”

Since the United States no longer has a presence in Afghanistan, NEI is serving as the main point of contact for American officials with Zemari’s family.

NEI said it was hoping “lifetime financial support” would be provided to Zemari’s wife and daughter and that U.S. officials would expedite special visas for Zemari’s relatives as well as his NEI colleagues.

During the talks between Kahl and Kwon, Kahl “noted that the strike was a tragic mistake and that Mr. Zemari Ahmadi and others who were killed were innocent victims who bore no blame and were not affiliated with ISIS-K or threats to U.S. forces,” the Pentagon spokesman said.

“Dr. Kahl reiterated Secretary of Defense Lloyd Austin’s commitment to the families, including offering ex gratia condolence payments, in addition to working with the State Department in support of Mr. Ahmadi’s family members who are interested in relocation to the United States.”