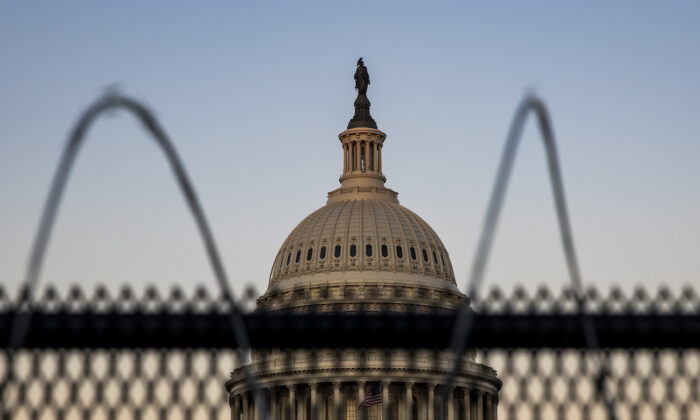 Defense Secretary Lloyd Austin on Friday approved 100 National Guard members to be deployed to assist Capitol Police during Saturday’s rally in Washington D.C. to raise awareness about the alleged treatment of some who were arrested after the Jan. 6 breach.

Pentagon spokesman Army Lt. Col. Chris Mitchell said Friday that the Guard members will be deployed from the D.C. National Guard and will be “stationed at the D.C. Armory as a Physical Security Task Force to augment law enforcement for the September 18th demonstration on Capitol Hill.”

It comes ahead of the “Justice for J6” rally, where demonstrators are slated to back those who were arrested after the Capitol breach.

Tall fencing was also again placed around the Capitol grounds. After Jan. 6, fencing was erected around Capitol Hill and remained intact for months.

National Guard members were also sent to the Capitol on Jan. 6 amid demonstrations and the breach, which occurred during the Joint Session of Congress that certified the election for President Joe Biden. Guard members were stationed around D.C. for months afterward.

Capitol Police, if they need assistance, will first get local, state, and federal law enforcement capabilities before the National Guard members are requested.

“The task force will only be deployed upon request of the Capitol Police to help protect the U.S. Capitol Building and Congressional Office buildings by manning building entry points and verifying credentials of individuals seeking access to the building,” Mitchell said.

In a comment this week, former President Donald Trump appeared to distance himself from the rally, but also sent out a statement that mirrored the messaging of the rallygoers, saying that the detainees are being mistreated by the federal government while in jail awaiting trial.

Trump also stated Thursday that “our hearts and minds are with the people being persecuted so unfairly relating to the January 6th protest” and added that “it has proven conclusively that we are a two-tiered system of justice.”

After the Capitol incident on Jan. 6, more than 600 people have been charged by Department of Justice prosecutors with a range of crimes, from misdemeanors to felony charges including assault, obstruction of an official proceeding, or conspiracy. A few dozen of those individuals remain jailed in conditions that have been decried by their lawyers and family members.

Earlier this year, John Pierce, a lawyer for several of the detainees, as well as the father of one of the suspects, told EpochTV that some are being detained 23 hours per day, aren’t receiving adequate medical care, and are being restricted access to their defense counsel.