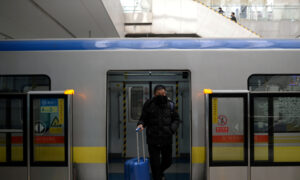 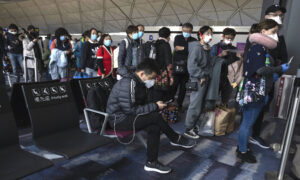 British Traveler With the New Virus May Have Exposed Dozens
0 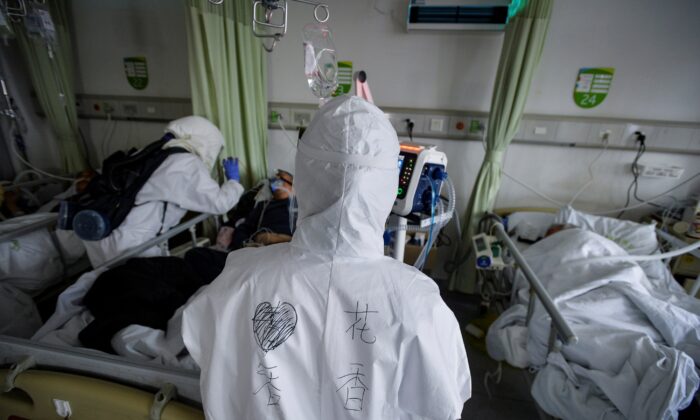 Medical workers in protective suits attend to patients with the new coronavirus inside an isolated ward at a hospital in Wuhan, Hubei Province, China on Feb. 6, 2020. (China Daily via Reuters)
AMERICA

The Pentagon said it has named 11 military bases that could serve as potential quarantine areas for U.S. coronavirus cases after being asked by the Department of Health and Human Services (HHS).

The Department of Defense (DOD) named installations “near 11 major airports that could house additional passengers” if HHS facilities become filled, according to a news release.

“These are tertiary locations, and HHS already has primary and secondary locations identified that are not DOD facilities,” the DOD said in a statement.

Up to 20 people can be housed at these locations along with HHS staff, the agency said, adding that HHS workers, not the Pentagon, will oversee the quarantines.

“Should routine monitoring of the evacuees identify ill individuals, HHS has procedures in place to transport them to a local civilian medical facility,” the DOD said.

“DOD personnel will not be in direct contact with the evacuees and will minimize contact with personnel supporting the evacuees,” according to Pentagon statement. “HHS will also ensure that no evacuated personnel are transferred to any DOD installation if they are infected or ill.”

So far, in the United States, 13 cases have been confirmed in California, Wisconsin, Massachusetts, Illinois, Washington state, and Arizona. In China, the virus has prompted regime officials to initiate lockdowns in dozens of cities after it locked down Wuhan, Hubei Province.

The 13th coronavirus patient was an American who was among a group that was flown from Wuhan by the U.S. State Department, according to health officials. He arrived at Marine Corps Air Station Miramar in San Diego last week, and he was taken to a nearby hospital after officials confirmed he contracted the disease.

“This morning, CDC officials advised San Diego Public Health that further testing revealed that one of the four patients tested positive for [novel coronavirus],” the University of California, San Diego, said in a statement. “The confirmed positive patient was returned to UC San Diego Health for observation and isolation until cleared” by the Centers for Disease Control and Prevention (CDC).

Health officials in Riverside County, California, announced on Tuesday that 195 Americans who were evacuated from around Wuhan have been released from a 14-day quarantine at the March Air Reserve Base. None of the patients tested positive for the virus.

“All 195 evacuees have completed final health check” and “pose no health risk,” the CDC’s Dr. Nancy Knight said, adding that they are “safe to reenter their communities.”