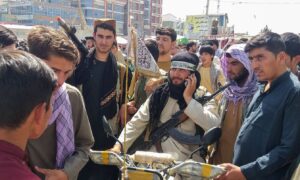 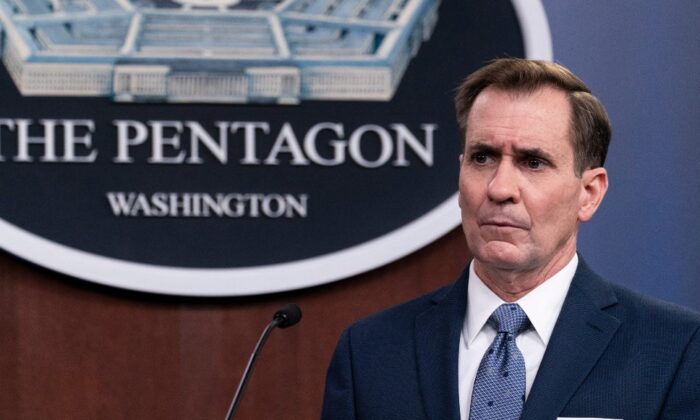 A spokesperson for the Department of Defense (DOD) said that most U.S. troops will arrive in Kabul by the end of the weekend, adding that some troops have already arrived.

“We have noted with great concern the speed with which they have been moving,” Pentagon spokesman John Kirby told reporters, referring to the Taliban having taken over swaths of the country in recent days.

When asked about the fall of Saigon in 1975, or when Vietnamese communist forces took over the capital during the Vietnam War, Kirby pushed back against comparing that situation to the one that’s unfolding now in Afghanistan. The United States, at the time, was forced to evacuate thousands of American civilians and some Vietnamese via helicopters, leaving a number of enduring images.

“We’re not focused on the history of the Vietnam War,” Kirby said.

But Kirby said that he cannot predict whether the Afghan army would be taken over by the Taliban, vowing that the United States would ensure that the threat of terrorism won’t re-emerge in Central Asia.

After the second-largest and third-largest cities of Kandahar and Herat, respectively, were captured by the terror group on Thursday, there is speculation that the Taliban would soon launch an assault on Kabul.

“If you look at what Taliban has been doing, they are trying to isolate Kabul,” Kirby noted, adding that the city is not facing “imminent threat” from the group.

The United States started pulling out of the beleaguered country earlier this year, following an announcement from President Joe Biden that all troops would be withdrawn by Sept. 11, which would be the 20th anniversary of the terrorist attacks that left nearly 3,000 dead 20 years ago.

Some 3,000 troops were authorized to be deployed to help evacuate the U.S. Embassy, according to Kirby and the State Department on Thursday. Unconfirmed reports said American forces started arriving in Kabul on Friday.

On Friday, Lashkar Gah, the capital of Helmand province, fell to the Taliban, according to a spokesperson for the group.

Taliban spokesman Qari Yousef Ahmadi said that “the most important provinces of the country, Kandahar, Helmand, Herat, and Badghis were totally conquered,” according to the Long War Journal.

With the fighting and Taliban’s poor human rights record, “The situation has all the hallmarks of a humanitarian catastrophe,” the UN World Food Programme’s Thomson Phiri told a briefing, expressing concern about a “larger tide of hunger.”

Domestically, the U.S. pullout of Afghanistan could result in political fallout for the Biden administration.

Former U.S. Ambassador to Afghanistan Ronald Neumann on Friday told NPR that the decision to pull out was likely “a bad decision,” adding: “We could have stabilized or held the situation stable with the same force that we now find necessary to put back in temporarily under adverse conditions.”

The United States, Neumann added, is in “a kind of … panic mode” over how to handle Afghans, including translators, who worked with American forces. If the United States leaves these people “in harm’s way, we are chalking up an enormous black mark for ourselves, for our country, and for the future,” he said.