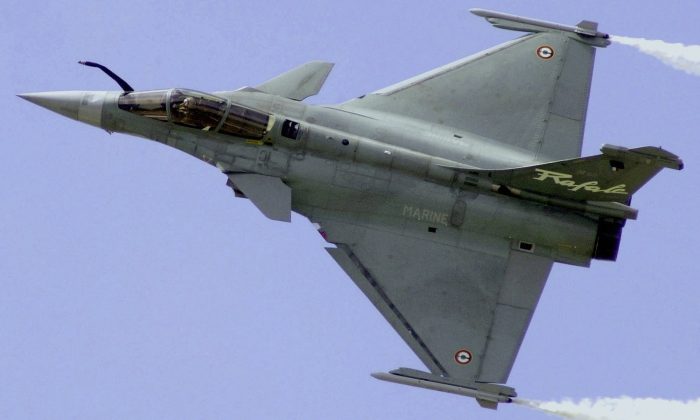 NEWPORT BEACH, Calif.—Defense Secretary Ash Carter will announce Friday that the Pentagon is funding a new venture to develop cutting-edge electronics and sensors that can flex and stretch and could be built into clothing or the skins of ships and aircraft.

The high-tech investment could lead to wearable health monitors that could be built into military uniforms or used to assist the elderly. Or it could foster thin, bendable sensors that could be tucked into cracks or crevices on weapons, ships or bridges where bulky wiring could never fit. The sensors could telegraph structural problems or trigger repair alerts.

Under the plan, the Pentagon will provide $75 million and industry, academia and local government will contribute $96 million over five years to a newly created high-tech innovation institute.

The consortium, called the Flexible Hybrid Electronic Institute, will be led by California-based FlexTech Alliance and be made up of 162 companies, universities and other groups.

Carter plans to lay out the details in a speech Friday in California’s Silicon Valley. This is Carter’s second trip to the technology hub in four months, as he works to get the Defense Department to increasingly tap into the region’s high-tech expertise and workforce.

“Given what we’ve already done, there’s truly no limit to what we can achieve together,” said Carter, in an excerpt of his speech provided to reporters. “That’s why I’ve been pushing the Pentagon to think outside our five-sided box, and invest in innovation here in Silicon Valley and in tech communities across the country. And now we’re taking another step forward.”

During his first trip in April, Carter launched a new program called Defense Innovation Unit – Experimental aimed at scouting out promising emerging technologies and beefing up the Pentagon’s ability to work with high-tech firms. On Friday he will visit the unit’s new office.

One of Carter’s much-repeated goals is to build better relations with high-tech industry in order to better equip the military force of the future.

According to a senior defense official, using such partnerships allows the department to pursue technologies it might not otherwise be able to invest in. And officials are making a strategic bet that the innovations that spring from the projects would also have commercial uses. The official was not authorized to discuss the issue prior to public release so spoke on condition of anonymity.

“For those interested in foreign policy and national security, there are lots of interesting challenges and problems to work on,” said Carter in another speech excerpt. “And that’s also true for those interested in technology. But the intersection of the two is an opportunity-rich environment?.”

According to the Pentagon, flexible hybrid electronics manufacturing is an innovative process at the intersection of the electronics industry and the high-precision printing industry. It can create light-weight sensors that can conform to the curves of the human body or stretch across the structure of an object.

The winning consortium includes major companies like Apple, United Technologies and Hewlett Packard with others that can embed these flexible, bendable electronics into everything from medical devices to supersonic jets.

This project is the seventh such private-public partnership to be announced by the Obama administration. Six are led by the Defense Department and this one will be managed by the Air Force Research Laboratory.