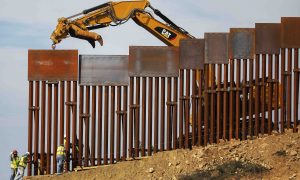 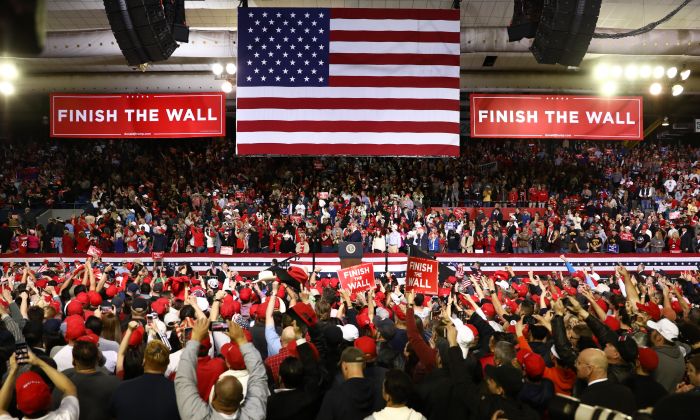 The Department of Defense has identified $12.8 billion in funds from projects that can be reallocated to the construction of a wall on the U.S.–Mexico border.

President Donald Trump declared a national emergency on the southwest border in February and ordered the Pentagon to shift $3.6 billion from the military construction budget to the border wall.

The Pentagon list represents an initial step in the vetting process to decide which project funds will be tapped for the wall. The criteria for the selection included only projects that have not yet been awarded as of December 2018. Projects with award dates in the fiscal year 2019, military housing, barracks, and dormitory projects will not be impacted, according to the fact sheet.

The Defense Department identified construction projects on overseas bases, including in Spain, Japan, and Italy, as well as domestic bases across the nation, including in New York, Texas, and California.

“The appearance of any project within the pool does not mean that the project will, in fact, be used to source [national emergency] projects,” the Defense Department said in a statement (pdf).

Congress passed a resolution last week to terminate Trump’s emergency declaration, but the president issued his first veto to block it. A dozen Republican senators defied Trump on the termination vote, but it is unlikely more will defect if there is a vote to override the veto. The declaration also faces legal challenges, although the White House is certain it will prevail.

Trump declared a national emergency after Democrats in Congress blocked all efforts to approve $5.7 billion for a border wall requested by the Department of Homeland Security. Congress appropriated $1.4 billion for border wall construction, far short of Trump’s request.

Illegal border crossings are on pace to reach nearly 1 million this year. In February alone, 66,000 people crossed the border illegally, according to the border patrol. An additional 10,000 were detained after presenting at a port of entry without proper paperwork.

Large groups of more than 100 migrants crossing the border illegally are a new trend at the border this year.

In one instance, Border agents encountered 334 illegal aliens who had been dropped off by eight commercial buses right at the U.S.–Mexico border, according to Kevin McAleenan, the commissioner of Customs and Border Protection.