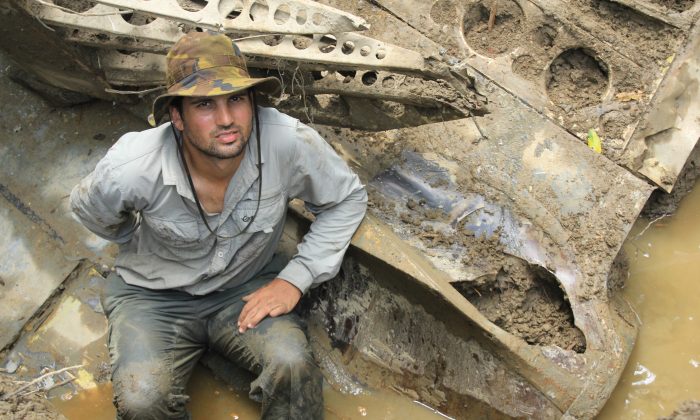 Pentagon Enlisting Outsiders to Help Search for US WWII MIAs

ALBANY, N.Y.—Justin Taylan has been to the remote Pacific island nation of Papua New Guinea dozens of times over the past two decades, spending countless hours slogging through crocodile-infested swamps in his quest to document as many World War II airplane wreck sites as possible.

Since 2013, he has conducted those missions for the newly reorganized Pentagon agency whose predecessor he and others had criticized for years for failing to recover and identify more remains of U.S. service members.

Taylan’s hiring is part of the military’s plans to reach out to private groups and others to help with the search for thousands of American war remains scattered from Pacific jungles to the European countryside.

Though he said he cannot comment on the details of the cases he’s worked on under his contract, Taylan said he has documented more than 80 wreck and war-related sites, including eight aircraft crashes associated with American MIA cases.

“So many organizations have something to give and share,” Taylan, 37, told The Associated Press recently in between trips to Papua New Guinea. “It’s an incredible turn of events to support the mission and get more MIA cases resolved.”

The Pentagon lists 83,000 MIAs as unaccounted-for from WWII and the Korean and Vietnam wars. More than 73,000 are from WWII, with many of those deemed not recoverable because they were lost at sea.

In 2009, Congress set a requirement that the Pentagon identify at least 200 sets of remains a year by 2015. But less than half that number has been identified over each of the past two years.

Earlier this year, the Department of Defense unveiled its revamped Defense POW/MIA Accounting Agency, a move that came a year and a half after the AP obtained an internal Pentagon study that criticized previous efforts as being in danger of spiraling from “dysfunction to total failure.”

In a shift many critics say is long overdue, the new agency is working with nonprofit organizations such as Taylan’s Pacific Wrecks, Inc. and private firms to help with research and actual searches.

— An Ohio archaeology firm was hired this summer to search for the remains of 1st Lt. Ewart Sconiers, a bombardier who died in a German POW camp in Poland in 1944.

— History Flight, a Marathon, Florida-based organization, recovered the remains of 36 Marines killed on the Pacific atoll of Tarawa, one of the war’s bloodiest battles. The remains were brought to Hawaii for identification in late July.

— Leaders of the University of Wisconsin’s Missing in Action Recovery and Identification Project plan to meet with military officials in Washington this month to discuss collaborations utilizing the college’s DNA and genetics expertise. Last year, UW-Madison helped identify the remains of Pfc. Lawrence S. Gordon, a Canadian-born U.S. soldier killed in France in 1944. The university’s MIA project leaders recently met with members of Kuentai-USA, a Japanese group that has found Japanese and U.S. MIAs on Saipan, scene of a major battle in 1944.

Hundreds of Americans are still listed as MIA in Papua New Guinea. Most were air crews who disappeared when their planes crashed in forbidding terrain that includes dense jungles and cloud-shrouded mountain peaks topping 13,000 feet.

Taylan, who lives in Hyde Park, New York, began visiting the southwest Pacific after taking a trip to the Philippines in 1993 with his grandfather, a former WWII Army photographer who served there. Taylan became fascinated by the numerous wartime plane wrecks and battle artifacts still visible and started a website, pacificwrecks.com, to document wreck sites, battlefields and MIA cases across the Pacific.

Taylan has visited hundreds of wreck sites and passed along any new information he gathered to the Pentagon. He eventually joined veterans organizations and others who criticized the government for taking in some cases decades to provide families with details about their loved one’s loss during WWII.

Mark Shoemaker can attest to that frustration. His uncle, 2nd Lt. Edward F. Barker, disappeared in Papua New Guinea during a training flight in 1944. A U.S. military team visited the wreck site in 1962 but found no remains. The site was revisited 40 years later, and again in 2012, when human remains were finally recovered. Barker’s remains weren’t identified until July, when they were returned to his hometown in New York’s Mohawk Valley for burial.

Although Taylan wasn’t involved in the discovery of Barker’s remains, the Pacific Wrecks website had numerous details about the case, right down to the serial numbers on the fighter plane’s machine guns. Taylan attended the funeral and met Shoemaker, who said he’s encouraged people outside the Pentagon are being brought in to help with MIA missions.

“The government has to be involved in some way, but there’s certainly a place for these guys,” Shoemaker said. “There’s obviously a lot of room for improvement.”