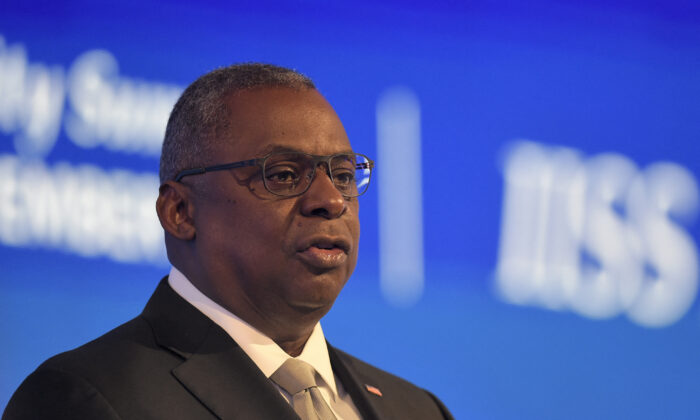 U.S. Defense Secretary Lloyd Austin has said that, while on leave at home, he developed COVID-19 symptoms on Jan. 2 and has subsequently tested positive for the virus.

“My symptoms are mild, and I am following my physician’s directions,” he said in a statement on Sunday.

In the past week, Austin has not been in contact with the president, and has not been in the Pentagon since Thursday “where [he] met briefly—and only—with a few members of my staff” while masked, he said.

He will remain in quarantine at home for five days, in accordance with CDC guidelines, while “to the degree possible,” attend key meetings and discussions virtually to “inform my situational awareness and decision making.”

“I will retain all authorities. Deputy Secretary Hicks will represent me as appropriate in other matters,” he said.

Austin received a booster shot almost three months ago in early October, which he was told by his doctor has “rendered the infection much more mild than it would otherwise have been.”

“The vaccines work and will remain a military medical requirement for our workforce. I continue to encourage everyone eligible for a booster shot to get one. This remains a readiness issue,” the defense chief said.

The military is faced with the challenge of maintaining military readiness for troops, often in close quarters on ships and planes.

Roughly 98 percent of active-duty troops have received a COVID-19 vaccine, which is now mandatory for them.

Austin is one of the most senior members of President Joe Biden’s administration to test positive for COVID-19.